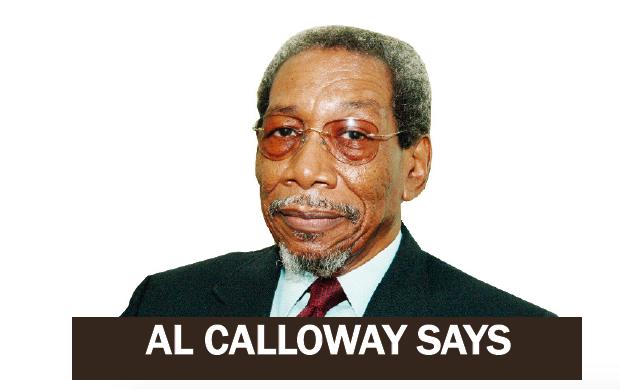 Diplomatically named gentrification, the glitz beginning to surround many inner cities, and that which has already engulfed others, is actually a reality called displacement. In our case it is simply black removal: ridding inner cities of its poor and near poor inhabitants. These valuable losses of turf come about somewhat through complicity of black “Judas goats” with downtown interests.

In the main, though, mass ignorance of inner city political, social and religious “chosen ones,” does not allow for needed information to reach community residents. Basically, the black leadership class is single issue orientated and crisis motivated. There is little to no long range thinking and planning for the future. Moreover, black inner city leaders tend to not develop broad civic interests, research and probe relevant documents or otherwise desire to learn.

Leadership among African Americans almost always includes non-business lawyers turned politicians, schoolteachers, preachers, civil rights activists and social workers. Avoided like the plague in so many instances are business persons and young professionals. Because business people are hard to sway they are feared — they want to know too much – leaders can’t pull wool over their eyes. And young professionals are energetic, swift and technically advanced. Members of both groups would pose serious challenges to sluggish leaderships.

Underlying all the above is a “talented tenth” exodus from inner cities that leaves black neighborhoods without their budding creative and intellectual strength. So, just like a plant withers without air, sunshine and water, communities deteriorate without their life force: talent. Solutions to this problem have to become uppermost for African Americans everywhere.

Inner cities are called that because they are close to or have easy access to downtown business hubs. (Back in the days when white folks needed cheap black labor, closeness was ideal – as long as blacks stayed in their appointed or segregated places.) For the most part, factories, department stores and shops no longer dot the downtown landscapes across America. Now jobs there are primarily with computers and smart phones.

Great restaurants, arts and entertainment, and mixed-use high-rise condominiums and rentals have come to downtown America along with good paying jobs in the world’s technology economy. Many suburban whites, those who are now empty nesters and young professionals, want to be where the action is and that’s downtown. Developers are gleefully trying to keep up with demand for downtown and near downtown housing

What do you think is next? What’s next could be your inner city! Gentrification has already come to Harlem, one of America’s largest and perhaps most famous black inner cities. Wall Street money followed former President Bill (“Slick Willie”) Clinton when he opened offices on famed 125th Street to much ballyhoo. In a Nov. 8, 2010 update the Wall Street Journal reported, “Mr. Clinton’s decision to lease in Harlem helped fuel the renaissance that area has enjoyed over the past 20 years.”

Financial institutions opened their coffers to white folks and suddenly dilapidated buildings everywhere are redeveloped or torn down and new ones constructed. Up-scale businesses moved in on 125th Street and many sidewalk cafes and other shops have appeared all over Harlem. Young white professionals with dogs or strollers have sprouted from a trickle and now stream on neighborhood streets.

According to the May 13, 2016 New York Times, young blacks in New York faced an 11.4 percent unemployment rate while young whites were at 5.2 percent in 2014. In general, few blacks can afford to live in Harlem’s condominiums and redeveloped apartments, so what will happen to black millennials – Harlem’s black future? As gentrification in Harlem continues its spread complete with exorbitant rents and mortgages, African Americans will continue to disappear.

So why were Harlem’s so-called leaders down right giddy over Clinton’s decision to grace Harlem with his presence? What deal did Congressman Charlie Rangel, Media Magnate Percy Sutton, Reverends Calvin O. Butts and William James, and others make with the former president for Harlem’s African American residents? Ask these and other questions in polite company and you’ll be able to hear a pin drop!