Black women are abused by police, too 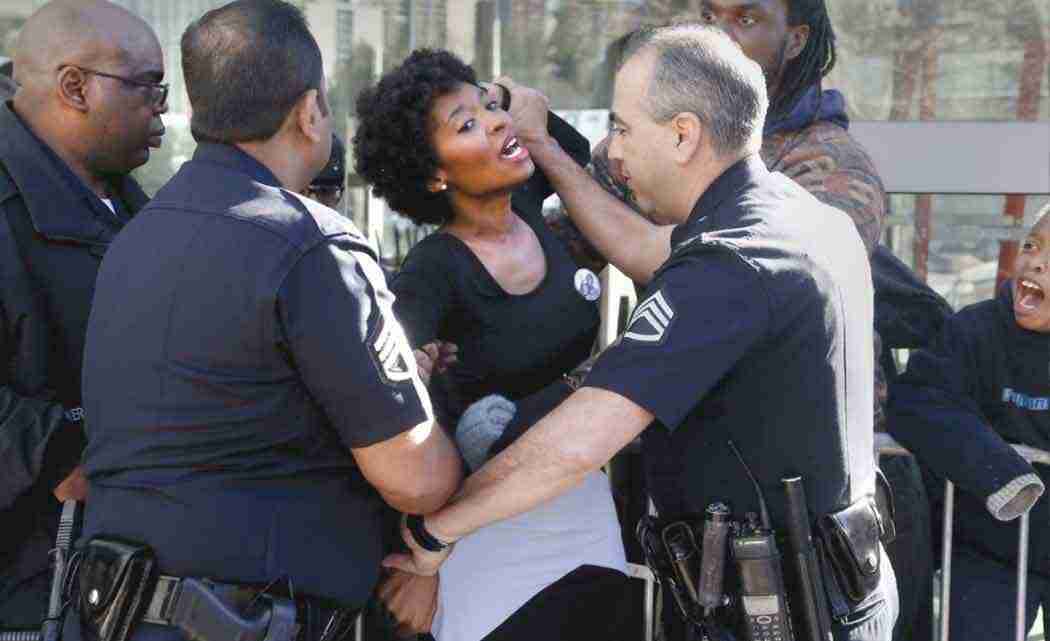 
WASHINGTON — It’s not just black men having difficult relations with police. Black women are having a tough time, too.

Consider the schoolgirl who was slammed to the floor in a South Carolina classroom and the mysterious death of Sandra Bland inside a Texas jail cell. Videos showing black women being manhandled by police are bringing such problems to the forefront at a time when the public has focused largely on the relationship between black men and law enforcement.

“We cannot continue to wait for something to show up on a video to ask for change,” said Melanie Campbell, president and CEO of the National Coalition on Black Civic Participation and convener of the Black Women’s Roundtable Public Policy Network.

This past week, a South Carolina deputy sheriff, Ben Fields, was fired after flipping a black girl out of her desk and tossing her across the floor for disrupting a high school math class. The county sheriff, Leon Lott, said the deputy’s actions were “unacceptable” and that videos recorded by the student’s classmates show the girl posed no danger to anyone.

The FBI is investigating whether the student’s civil rights were violated; school district officials promise to review how police are used for discipline. The student and another black female student who verbally challenged the officer’s actions during the arrest still face misdemeanor charges of disturbing schools, punishable by up to a $1,000 fine or 90 days in jail, the sheriff says.

According to a 2015 report by the African American Policy Forum and Columbia Law School’s Center for Intersectional and Social Policy Studies, black girls were suspended from school six times as often as their white counterparts. Also, 12 percent of black girls were subjected to exclusionary suspensions, compared with 2 percent of white females.

The Bureau of Justice Statistics says 50 percent of America’s female prison population is white and 21 percent is black, and black females are between 1.6 times and 4.1 times more likely to be imprisoned than white females.

“We are seeing increasingly more cases where black girls and women are being subjected to abuse and over enforcement. We must start placing more attention on the plight of females in the criminal justice system,” Elsie Scott, founding director of the Ronald W. Walters Leadership and Public Policy Center at Howard University, said in a statement.

The South Carolina case wasn’t the first time a black woman’s confrontation with police has made headlines.

In June, a video showed McKinney, Texas, Police Cpl. David Eric Casebolt push a black girl in a bikini to the ground and then brandish his gun at other black teenagers after officers responded to complaints about the pool party at a community-owned swimming pool. Casebolt later resigned from the force.

The Texas Rangers are investigating his conduct, said criminal defense lawyer Darrell Jordan, who is representing some of the families whose children were involved in that incident.

There were protests in Ann Arbor, Michigan, last year over the death of Aura Rosser, 40, who was shocked by a stun gun from one officer and shot by another. Officers said Rosser had a kitchen knife and moved toward them after a domestic dispute in her home. They were not charged.

Rosser was mentally ill and had not been taking her medication, officials said. They found illegal drugs and alcohol in her system. But advocates have questioned why police could not handle her without causing her death.

Police also were not charged after Natasha McKenna, 37, died in February, several days after struggling with Virginia deputies who tried to transfer her to another jail. The naked, mentally ill McKenna was shocked four times with a stun gun by five deputies in biohazard suits before she lost consciousness. Prosecutors did not file charges, calling McKenna’s death a “tragic accident.”

The case remains the subject of a federal civil rights investigation.

In July, Bland, a 28-year-old Chicago-area woman, was found dead in her jail cell three days after being arrested by state Trooper Brian Encinia for failing to signal a lane change in Hempstead, Texas, about 200 miles south of Dallas. Officials say she used a plastic bag to hang herself, a finding her family has questioned.

Bland’s death has drawn the most attention, with activists pushing for explanations and demanding justice for female victims of police brutality through the “Black Lives Matter” movement and the #SayHerName social media activism.

Police brutality doesn’t just happen to black men, said Jordan, who also serves on a committee of lawyers appointed by the district attorney reviewing evidence in Bland’s death. “This happens to blacks, whites, males, females, everybody,” he said.

Campbell argued that it’s worse for women. The majority of law enforcement officers are male, she noted, and “the reality of the power dynamic between the average women and man is there.”