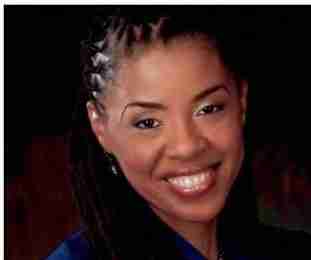 WASHINGTON – Black women’s groups said Wednesday they feel President Barack Obama jilted them by choosing someone other than a black woman as his newest nominee for the Supreme Court.

Obama chose federal appeals court Chief Judge Merrick Garland, a white man, to replace deceased Supreme Court Justice Antonin Scalia. Garland is the third Supreme Court nominee of Obama’s presidency. “The fact that he would once again look over black women for this specific appointment is an absolute slap in the face to his top supporters,” said Avis A. Jones-DeWeever, founder of the Exceptional Leadership Institute for Women.

Minority voters have been the most devoted supporters of Obama’s two presidential campaigns. Black women, in particular, had the highest turnout among all racial and ethnic groups in the 2008 and 2012 presidential elections, and they had hoped Obama would nominate a black woman to the high court.

Besides Garland, Obama’s short list included federal appeals court judges Paul Watford, who is black, and Sri Srinivasan, who would have been the court’s first Asian-American and the first Hindu.

White House press secretary Josh Earnest said Obama selected Garland “for one reason and one reason only, and that is simply that he believes that Chief Judge Garland is the best person in America to do that job.”

But many may be disappointed Obama did not choose a “judge who can add to diversity on a court that still fails to represent the richness we see in our communities,” said Marielena Hincapié, executive director of the National Immigration Law Center.

“Having racial diversity, in particular, has always led to better outcomes that are more representative of our communities, especially given the demographics in this country,” said Lakshmi Sridaran, director of national policy and advocacy for South Asian Americans Leading Together, an advocacy group.

The eight-member Supreme Court has three women – Ruth Bader Ginsburg and Obama’s previous nominees, Sonia Sotomayor, who is Latina, and Elena Kagan, who is white. Justice Clarence Thomas, nominated by President George H.W. Bush in 1991, is the court’s only African-American. Black women may feel especially rejected, considering their large turnout in 2008 (68 percent) and 2012 (70 percent). The vast majority of them, 96 percent, voted for Obama in 2012, according to exit poll data.

By selecting Garland, Obama “does not give the respect to his most ardent supporters,” said Barbara Arnwine, executive director at the Transformative Justice Coalition. “The passion you saw around Sotomayor you will not see around this pick,” Arnwine said.

Jones-DeWeever said black women might have been inspired to lobby the Senate daily to get a black female nominee confirmed, as they did during Lynch’s confirmation process. But now, Jones-DeWeever said, “I’m not motivated to lift one finger to get his nomination through.”

Janice Mathis, head of the National Council of Negro Women, said such disappointment likely will not affect black women’s participation in this fall’s presidential election.

Black women “are extremely pragmatic voters and I think when they look at the situation, the activist community will support the president’s effort to fill this vacancy,” Mathis said.

Melanie Campbell, president and CEO of the National Coalition on Black Civic Participation and convener of the Black Women’s Roundtable Public Policy Network, said her group will support Garland, but “we have and will continue to advocate for the next Supreme Court vacancy to be filled by an exceptional black woman.”