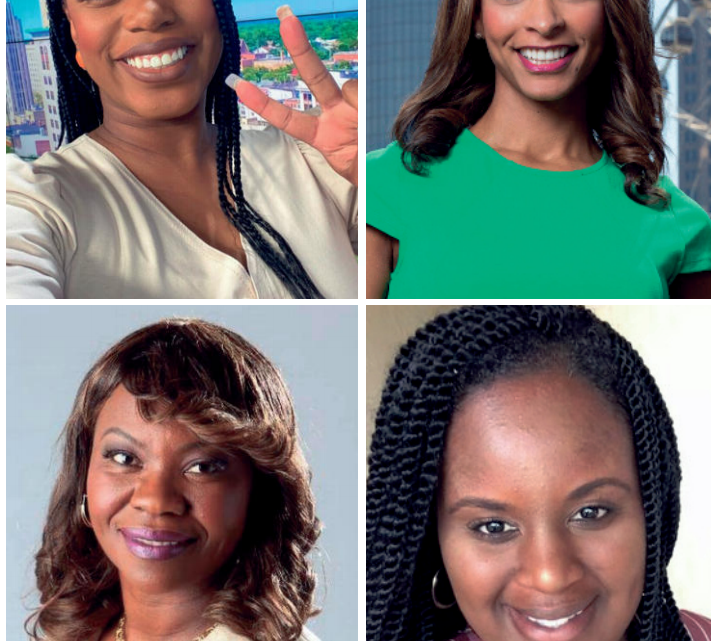 Who could imagine that four distinguished, ultra-successful, award-winning black women journalists would have had a moment of doubt in their outstanding media careers? That’s what some accomplished women revealed Sunday in a virtual chat entitled: “Black Women Journalists Shattering the Glass Ceiling,” presented by the South Florida Chapter of the National Association of Black Journalists (NABJ-South Florida).

Emmy-Award winning news anchor and talk show host Jawan Strader of NBC6 was moderator, asking poignant questions that yielded an inside view from the women’s journeys to the top. Strader is also the NABJ chapter’s president. The ladies were asked about their challenges as news journalists, their doubts, the myths surrounding Black women in the newsroom, and which awards and honors they value most.

Charles is a Pulitzer Prize nominated journalist who began her career with the Miami Herald as an intern at the tender age of 14. She’s experienced the trials and said one of the challenges of being a Black woman journalist is having to prove that you can cover more than “Black” news. “You always have to have that conﬁdence that you can do other stories.”

Top news anchor Jones stressed the difference in perspectives because 90 percent of newsroom managers are White males, who view life – and news – through a different lens. Stewart-James, who has been at the top of a newsroom as news director at a Mississippi television station, concurred with Jones, saying, “Challenges come from the way we (as African-American women) think, the way we talk, the way we speak.” Joseph, who has won an Emmy, said, “It’s a challenge being a woman in journalism, but you have to stand up for your community and for yourself. Be conﬁdent in what you believe in.”

The women all said they’ve had to ﬁght the “angry Black woman” stigma. “One of the myths about black women in the newsroom is that we’re difﬁcult to work with and that we have the inability to ﬁnd common ground with our coworkers,” said Jones. “We have to constantly walk on eggshells.”

“We’re stigmatized as deﬁant and angry,” said Charles. “People put us in this box. You’re already marked the moment you walk through the door.” Joseph said you have to know yourself and believe in who you are. “A lot of black women in this business feel like they have to be perfect,” she pointed out. “But we’ll never be perfect … we can only get better,” she said, getting an amen from Stewart-James who added: “It’s okay to fail. And even though we are stigmatized, there’s no one smarter than you.”

All said they’ve experienced some kind of sexism or racism on the job. Some have had to ﬁght it to a larger degree than others. They say it’s a part of their news experience and it’s disheartening.

Stewart-James said she uses the trials as fuel. “I choose to use the challenges to inspire young boys and girls that they can be and do anything their heart desires.”