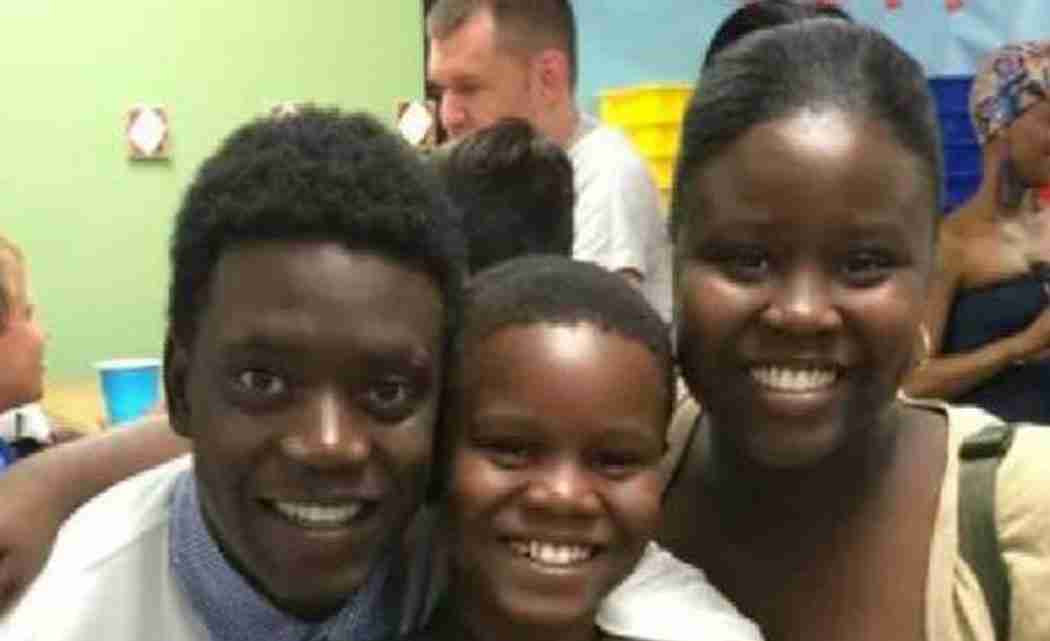 By JESSE J. HOLLAND
CHARLESTON, S.C. – Under an outdoor tent a few blocks from Emanuel African Methodist Episcopal Church, Sharon Simmons paused while cleaning up from the previous night’s revival to ponder the idea of forgiving the white man accused of killing nine of the historic black church’s members, including the pastor.

A churchgoer herself, Simmons admits feeling torn between her anger and her Christian inclination to forgive. She also adds that she’s a firm believer in capital punishment. “Too many lives are gone,” the 57-year-old former New Yorker says.

Many African-Americans are struggling with those same feelings as the nation begins to move past the tragedy in Charleston. Although many say their religious faith requires them to forgive, there is a question of whether a public narrative of quick forgiveness actually provides cover for whites to avoid facing racism.

“It’s almost like white America is telling us, ‘Help us to forget the past by telling us that you forgive us,’” said Raymond Winbush, director of the Institute for Urban Research at Morgan State University in Baltimore.

Just one day after the June 17 massacre at Emanuel, Chris Singleton, the college student son of victim Sharonda Coleman-Singleton, said he forgave his mother’s killer. The following day, family members of the dead joined the first court hearing for the suspected killer, 21-year-old Dylann Roof, and told him via videoconference that they, too, forgave him – even as some acknowledged also feeling angry and hurt.

“Everyone’s plea for your soul is proof that they lived in love, and their legacies will live in love. So hate won’t win,” said Alana Simmons, granddaughter of Emanuel victim, the Rev. Daniel Simmons.

Similarly, forgiveness was extended in recent days after several Southern black churches burned down in a spate of fires, some of which were deemed suspicious.

“We’ve already forgiven them, and we want to move forward,” the Rev. Mannix Kinsey, pastor of Briar Creek Road Baptist Church in Charlotte, North Carolina, told WBTV. “And we are hoping this is an opportunity for Christ to show himself in their hearts.”

Those who extend forgiveness say they are not naive in doing so. Some say they are still a working at it, and they make clear that forgiveness is not the only emotion they have about the racial events that are unfolding.

“It makes us angry. It makes some of us want to explode,” the Rev. Jonathan V. Newton said Wednesday during midweek services at Metropolitan AME Church in Washington, which has increased security at its historic sanctuary since the Charleston killings. But forgiveness is “not about that person, it’s about you,” Newton said. “In order for you to be free, you’ve got to let it out.”

Beyond religious purposes, experts say, immediate forgiveness probably helped to forestall reactionary violence in Charleston, denying Roof the race war that police said he told them he wanted to start. Charleston remained peaceful after the killings at Emanuel, a stark contrast to the violence that broke out in Ferguson, Missouri, and Baltimore after the deaths of black men in encounters with police.

The Rev. Norvel Goff, interim pastor succeeding the late Rev. Clementa Pinckney at Emanuel, said self-preservation is also a motive – forgiving does more for the person who is hurting than the one who caused the pain.

Such was the sentiment of Martin Luther King Jr.’s father and sister as they forgave King’s killer James Earl Ray, and Marcus Chenault, who shot and killed King’s mother, Alberta Williams King, in 1974 as she played the organ during Sunday services at Atlanta’s Ebenezer Baptist Church.

“Hate won’t bring my mother or brother back. It would only destroy me,” Christine King Farris told JET magazine in 1984.

Myrlie Evers-Williams, former NAACP national chairwoman, said she was moved to tears to see the Emanuel families speak immediately of forgiveness. She said forgiveness was a lengthy process for her. Harboring thoughts of vengeance for the 1963 murder of her husband, NAACP leader Medgar Evers, motivated her activism, but for her own peace she eventually let it go.

“The hatred has ended up as a motivational tool, and the forgiveness has been a salvation for me,” said Evers-Williams.

Historically, Winbush said, African-Americans have been expected to forgive for slavery, discrimination, Jim Crow segregation, attacks by the Ku Klux Klan and police violence. By meeting that expectation, he said, “in one sense we aid and abet those who would commit those crimes.”

Ansley M. LaMar, a professor at New Jersey City University, pointed out that the civil rights movement was born out of anger, but the nonviolence and forgiveness it espoused is what people remember about it most.

“There was an understanding that there was a community of black people who were not going to take it if it kept on happening,” LaMar said. “So being forgiving doesn’t mean being a wimp. It doesn’t mean, white folks, you can walk all over me. It means I forgive you, but I’m not going to let this happen again.”

Next post Unemployment rate for black Americans at 7-year low