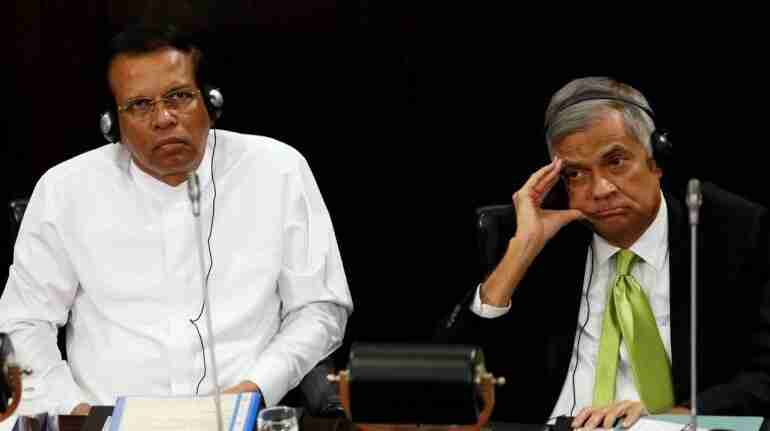 Sri Lanka’s former prime minister and former president are blaming each other for security lapses that led to a wave of suicide bombings by a group linked to Islamic terrorists on Easter Sunday 2019.

In his first appearance before the Presidential Commission of Inquiry on Oct. 5, former president Maithripala Sirisena denied he had earlier intelligence about the bombings. Former prime minister Ranil Wickremesinghe, in testimony on Oct. 6, said he was kept away from security council meetings well before the Easter Sunday attacks.

Wickremesinghe testified that he was not invited by Sirisena to any of the National Security Council (NSC) meetings discussing the security of the country leading up to the bombings.

“I did not attend the national security council meeting ever since Oct. 26, 2018,” Wickremesinghe testified before the panel.

Sirisena and Wickremesinghe’s government has been blamed for failing to stop the attacks despite the fact that intelligence about an alleged planned attack was provided by the State Intelligence Service on April 11.

India’s Research and Analysis Wing had warned the SIS in the early hours of the day of the attack, according to information from the nongovernment International Crisis Group(ICG).

“President Maithripala Sirisena and Prime Minister Ranil Wickremesinghe both claimed ignorance of multiple intelligence reports — including from India and the U.S. — that had warned of imminent suicide attacks on churches and other targets,” states the report by the ICG.

Former defense secretary Hemasiri Fernando said Sirisena, who was in Singapore since April 16, 2019, had called him from abroad and asked him not to attend a meeting convened by Wickremesinghe soon after the blasts.

“There had been no delegation of powers to the prime minister or anyone else before leaving the country,” Fernando told the inquiry panel. “It was a situation of anarchy. I was intent on attending that meeting. But since I cannot disregard the president’s order, I didn’t attend it.

“By this time, I too had convened a meeting of the inspector general of police, the commanders of the tri-forces, the chief of defense staff, and all intelligence heads to the defense ministry,” he said. “The prime minister came to the meeting unannounced and asked me to continue.”

Sirisena had fired Wickremesinghe and suspended parliament in 2018, creating a constitutional crisis. The move attracted a lot of international criticism as the replacement appointed — Mahinda Rajapaksa — was seen as being close to China.  The country’s former ruling party, the United Nations Party, called the move an “undemocratic coup.”

Although Wickremesinghe was restored as prime minister by Sirisena after a court mediation, the lack of cooperation between the two was seen as a reason for the administration’s failure to stop the suicide bombings.

“If the Easter Sunday bombings did not happen, we wouldn’t have known that the former prime minister was not invited to NSC meetings,” political analyst Pakiasothy Saravanamuttu told Zenger News. “Why did he not make a fuss about that before the bombings happened? He was the elected prime minister of the country.”

“He is a member of the parliament, and he should have brought up this matter in the parliament,” said Dharshana Weraduwage, a senior attorney in the Supreme Court of Sri Lanka. “He even had the power to impeach the president by moving a motion.

“If there is a warning of potential suicide bombings, then that is a case of a national emergency,” he said. “We have battled with suicide attacks for 30 years. Neither the president nor the prime minister knew how to evaluate the danger. They were concerned about the political view and not national security.”

“The inability and the unwillingness of the two of them to cooperate is a great tragedy,” said Saravanamuttu.

“The probe is nothing but a blame game,” said Weraduwage. “There is no end for this as long as a commission is in charge of investigations and no justice will be provided until it is challenged in the court of law.”

After being elected president in 2019, Gotabaya Rajapaksa, who had pledged an independent investigation into the attacks, convened the same inquiry panel that had been set up by Sirisena.

“The former president should remember that the chief executive of the country is ultimately responsible,” said Saravanamuttu.

“He was the president as well as the minister of defense,” said Weraduwage. “The SIS was directly under his command.”