Britain’s exit could make Europe less friendly to US tech 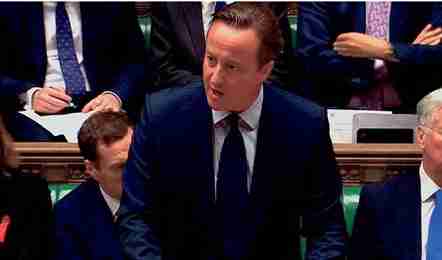 SAN FRANCISCO – Silicon Valley’s biggest businesses could face tougher regulations following Britain’s decision to withdraw from the European Union, and some might have to leave London to attract the best employees.

Many U.S. tech companies now count on Europe for a quarter or more of their business. Beyond facing a financial downturn as the pound’s value erodes, these companies might find Europe a more challenging environment in which to do business.

It could take a year or two before the picture becomes clear. For now, what’s certain is the U.K.’s exit will be complex and unprecedented, with repercussions crossing the Atlantic and reaching all the way to the U.S. West Coast.

Meanwhile, U.K. tech companies might have to leave the country to follow their customers and funding sources.

Here are some ways U.S. and U.K. tech companies might be affected:

In recent years, the EU’s chief antitrust cop has accused Google of thwarting competition by using its dominant search engine to drive traffic to its own services.

Apple and other U.S. companies face allegations they haven’t been paying their fair share of taxes in certain European countries. And the EU is adopting stricter rules limiting how much personal information online ad companies such as Google and Facebook can collect from Europeans. While those companies declined or didn’t respond to requests for comment, industry groups say that U.S. tech companies could face even tougher rules without Britain serving as a moderating counterbalance against Germany, France and other countries that prefer even stricter oversight. For example, France has pushed Google to meet a more expansive interpretation of an EU court ruling that requires internet companies to recognize an individual’s “right to be forgotten.” Under the ruling and subsequent guidance from EU regulators, Google has removed search results that link to online information about individuals who complain that the information is outdated or unnecessarily invades their privacy. Google makes those results invisible to anyone searching from Europe, but French authorities want the company to go further and hide results worldwide, even outside EU jurisdiction.

A NEW SET OF REGULATIONS AND UNCERTAINTIES

The exit could give tech companies a chance to lobby U.K. policy makers directly, and it throws into question, at least in Britain, stricter EU privacy rules due to take effect in 2018. But it also could make things more complex and expensive by giving U.S. companies yet another set of rules to comply with.

For the next few years, companies will face uncertainty, which research firm Forrester said will impede companies’ ability to tailor services and advertising based on personal data.

It’s possible for Britain to sign treaties in which it agrees to follow EU policies on data protection or other issues. In a statement, the British Information Commissioner’s Office said the U.K. would have to show it meets European privacy standards if it wants to trade with EU countries on equal terms. Norway and Switzerland have such arrangements. But even if the U.K. goes this route, it wouldn’t have the same influence shaping the rules.

Many U.S. tech firms have their European headquarters and data centers in Ireland, in part for legal and tax reasons. But several have big sales operations and teams of software developers in London, in part because it’s easier to hire people there, given that city’s attractiveness to immigrants from the rest of Europe. “The free movement of workers between the U.K. and the EU arguably made London into the top tech startup talent pool in all of Europe,” U.S. research firm CB Insights said in a report.

CB Insights warned of a “brain drain” if the U.K.’s exit results in stricter immigration controls. While some leading U.S. tech companies were publicly neutral on the vote, Microsoft had spoken out against withdrawal. Michel Van der Bel, Microsoft’s chief executive for the U.K., warned in a May 17 blog post that staying in the EU was an “important criteria for continued and future investment by Microsoft and others.” Microsoft declined comment following last week’s vote.

Meanwhile, Amazon.com Inc. and other tech companies may have to re-evaluate their use of the U.K. as a major distribution hub if it becomes more difficult to ship products across borders to the rest of Europe. Morningstar analyst R.J. Hottovy said cross-border delays could also hurt U.K. merchants that use Amazon as an online sales outlet. Amazon declined comment.

Tech firms based in London could also see an exodus by some of their biggest customers – banks and financial services companies, which are expected to head for the continent if Britain’s decision leads to new tariffs or other barriers to financial transactions. Crawford del Prete, a tech industry analyst with research firm IDC, said tech companies like to be close to their customers and might follow them out.

Funding for new tech startups could also dry up in Britain. The United Kingdom has been a center for European venture funding, according to CB Insights, but much of that comes from investment funds financed in part by the EU.

Mark Mulligan, a media analyst at Lon- don-based Midia Research, said replacing access to such funds with British alternatives “could take a couple of years, which is a lifetime in the startup world.”