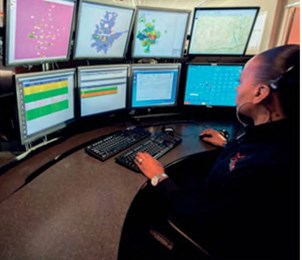 The Broward County’s response, in part, and investment in 911 is approaching $500 million since regional consolidation in 2014. Two important recent enhancements include:

New Radio System Towers – part of an $80 million project to complete a 16-tower system that will strengthen radio communications for first responders. Electrical and equipment will be installed at new Parkland and Deerfield Beach tower sites in July.

The foundation for a Tamarac tower was completed in June, and equipment shelter, and tower construction is scheduled for July. A new tower installation along Alligator Alley is ahead of schedule and will be completed in July. A fifth new tower site is planned, pending agreement with the City of Hollywood on a location.

Texting to 911 – was launched in April, and more than 600 texts have been received. The service is saving lives, including a recent victim of domestic violence and a suicidal caller. Callers are using the system as intended. Remember: Call If You Can; Text Only if You Can’t.