BSO spent big on bleed control kits from sheriff ’s ex-company, then his PAC got $5,000 contribution from kit vendor 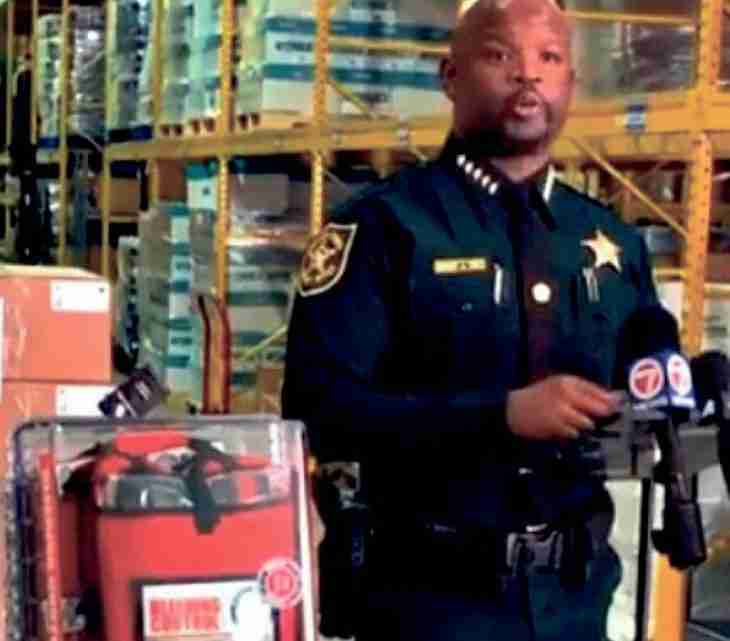 Fort Lauderdale, Fla. – The Broward Sheriff’s Office has paid out as much as $750,000 to buy bleeding control kits from a South Carolina company that Sheriff Gregory Tony did business with before he became sheriff, and where he worked as an executive for more than a year.

The contribution was originally listed in Broward Supervisor of Elections records under the CEO’s name, but in what looked to be an effort to disguise the source of the contribution, the committee quickly deleted his name and changed its report to show that the contribution came from a company at the same South Carolina address. A campaign spokeswoman, however, said the change was made simply to fix an internal accounting error.

Since becoming sheriff in January 2019, Tony has concealed his former job as director of Community Development for North American Rescue in 2016-2017. He hasn’t mentioned it when his job history was discussed, and he deleted mention of it from his LinkedIn profile.

Tony did not respond to a written request for comment submitted Sunday. While working for North American, and even earlier when he was a police officer in Coral Springs in 2015, Tony ran his own side business Blue Spear Solutions, which marketed a number of North American’s products – including bleeding control kits and stations. That relationship continues today with Blue Spear now in the name of his wife, Holly. Blue Spear’s website says it is a “proud partner” of North American Rescue.

The contract was funded through the Coach Aaron Feis Guardian program, established by law initially to help schools hire armed guards. Feis died while protecting others during the horrific Valentine’s Day 2018 shooting at Parkland’s Marjory Stoneman Douglas High School that left 17 dead and 17 others injured.

Shortly after quitting as a Coral Springs police officer in October 2016, Tony posted this picture of himself on Instagram wearing a military style helmet like ones sold by North American Rescue. “Just another day at the office #narrescue #myjobiscool #funtimesahead”

The bid was reviewed by BSO’s Purchasing Division, where things took an interesting turn.

On July 11, a purchasing agent sent a memo about the North American deal to Col. James Reyes, the head of BSO’s Department of Administration, requesting approval “in the amount of $750,000 to cover the one time purchase and any additional purchases within the two year term under the same terms and conditions of the contract.” Reyes approved the deal the next day.

Not all bleed kit money spent Not all of the $750,000 was spent immediately, with the first purchase made last July when BSO bought 854 bleeding control stations at a total cost of $512,382.92. Sheriff Tony did not respond when asked whether the balance was later spent on additional kits.

Sheriff Tony, 41, has aggressively promoted North American’s bleeding control kits as critical for public safety. Twice last year, BSO put out press releases talking about Tony’s plans to distribute thousands of the bright red bleeding control kits to every public and charter school in Broward “to stop the severity of bleeding and save lives if needed.”

In September, Tony staged a press conference at a warehouse where he displayed the kits, emblazoned with his name and BSO’s logo, for reporters and television cameras. Tony – who last year disclosed he has a negative net worth of more than $73,000 – was asked about North American Rescue and whether Blue Spear Solutions would benefit from the sale.

Tony acknowledged that when he ran Blue Spear prior to becoming sheriff Blue Spear had “partnered up” with North American Rescue “in designing and building some of these [bleeding control] cases.” He also said, “I worked there under contract. That’s clear.”

But Tony was more than a contract worker at North American, where he held the title of Director of Community Development. Florida Bulldog has learned that in 2016-2017 the company reporting paying him wages totaling more than $80,000.

Tony went on to tell reporters that Blue Spear was not involved in purchasing the bleed kits from BSO. “I’m disconnected from Blue Spear and absolutely no. Okay. Zero involvement. We would not step into that in terms of my wife running that company. There’s an ethics aspect to that that I think the whole community would have an issue with, not only myself. So we distanced ourselves off, put this thing into permit and let it go through the necessary checks and balances and they just happened to have the lowest price point of roughly 10 different vendors that applied,” Tony said. The sheriff no longer runs Blue Spear, but he continues to own the trademark to Blue Spear’s name and logo.

“That’s the way it works sometimes,” Rodriguez said. “Some distributors might not like the idea of that, but we understand they have the right to do that.”

Another bidder was Melville, N.Y.based Henry Schein Inc., a Fortune 500 distributor of health care products. Schein bid $704.93 per unit, or about $100 more than North American. The bid seems odd, however, because Henry Schein acquired North American Rescue for an undisclosed price in March 2019, four months before BSO’s bid went out.

Two weeks after BSO issued its confirmation to North American that it was placing an order worth $512,000, a political action committee that’s supporting Sheriff Tony reported a series of noteworthy transactions. All took place on a single day, July 29, 2019.

Broward First PAC initially reported that “Bob Castalini,” identified as a CEO with a post office box in Greenville, S.C., made a contribution of $5,000. In fact, Castalini is Robert Castellani, the CEO and founder of North American Rescue LLC.

Records kept by the Broward Supervisor of Elections Office show that Broward First then immediately sent “Castalini” two $5,000 refund checks, for a total of $10,000. The same day, Circle Creek Holdings made two contributions by check of $5,000, or $10,000, the records show.

Either way, the source of the contribution comes back to North American CEO Castellani.

Broward First PAC was established on June 24, 2019 by Adam Nadler, owner of the Coral Springs gym CrossFit Immersion. Tony worked out at the gym, and it is where the Sun Sentinel has reported he met Andrew Pollack, father of Meadow Pollack, who was shot to death during the Parkland tragedy. Andrew Pollack was a prominent supporter of Gov. Ron DeSantis, and has said he recommended Tony to the governor to replace Sheriff Scott Israel, according to the Sun Sentinel.

To date, Tony has raised nearly $1 million in his bid for election to a full four-year term in 2020. According to the Broward Supervisor of Elections, most of it – $600,000 – came from billionaire hedge fund investor S. Donald Sussman, owner of Fort Lauderdale’s priciest home.