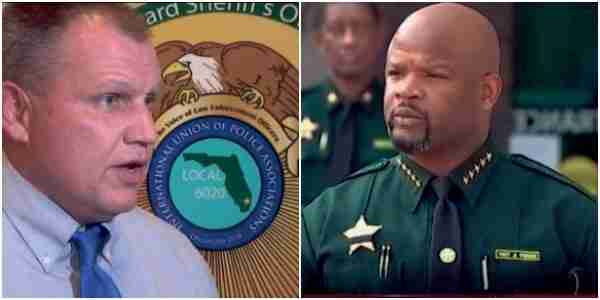 The president of the Broward deputies’ union lost his civil rights lawsuit against the Broward Sheriff’s Ofﬁce in an early court skirmish.

BSO Deputy Jeffrey Bell, a persistent foe of Sheriff Gregory Tony, criticized his response to the coronavirus in an opinion piece the South Florida Sun Sentinel published April 6. Bell accused Tony of ignoring “our repeated requests for personal protective equipment” and for “berating our union when we call attention to public safety concerns.”

In public statements, Tony disputed the accuracy of Bell’s article and called his allegations “despicable.”

Bell’s complaint claims that four days after the opinion piece ran, the sheriff retaliated by suspending him and starting an Internal Affairs probe that hinders Bell’s full-time union work. The International Union of Police Associations Local 6020 represents 1,400 deputies and sergeants.

On Friday, Fort Lauderdale U.S. District Judge Raag Singhal dismissed the lawsuit on the basis that Bell, who is still being paid by BSO, “cannot establish that he has suffered an adverse employment action.” The judge wrote it’s unclear that Bell cannot function as union president because of restrictions placed on him during the internal investigation.

Singhal did not dismiss the suit with prejudice, meaning Bell could reﬁle a new complaint if he were disciplined, his attorney Robert Buschel said. On Saturday, Buschel ﬁled a notice of appeal of the dismissal.

The newspaper article set off a series of events in the ongoing war between Tony and the union leader. On April 10 Bell sent what his complaint called a “whistleblower letter” to Tony requesting a meeting about the coronavirus response.

Instead, Bell was immediately suspended, told he lost the status that allowed him to work for the union, and was placed under investigation. Internal Affairs notiﬁed Bell the ofﬁce was looking into his truthfulness, alleged corrupt practices, employee statements, conduct unbecoming an employee and discretion, Singhal recounted in his order.

Bell had to turn in his badge, gun and equipment. He must check in with Internal Affairs twice a day, the complaint states. “He is being punished for doing his job as President of the Union, which is to advocate for the rights and safety of Union members,” it says.

The union conducted a symbolic vote on the sheriff the following week. Out of 786 votes, 693 expressed no conﬁdence in his leadership, union ofﬁcials told NBC.

Bell ﬁled his lawsuit April 15 in the Southern District of Florida federal court. It seeks an end to his suspension, lifting of the restrictions on his union work, and attorney fees and costs.

While Singhal dismissed the lawsuit, he established that Bell had the right to speak out as a citizen about a matter of public concern, the coronavirus.

The decision “puts the sheriff on notice you can’t discipline Jeffrey Bell for his union speech,” Buschel told Florida Bulldog. If the Internal Affairs probe leads to discipline, “I have a court opinion that says Bell did nothing wrong,” he added.