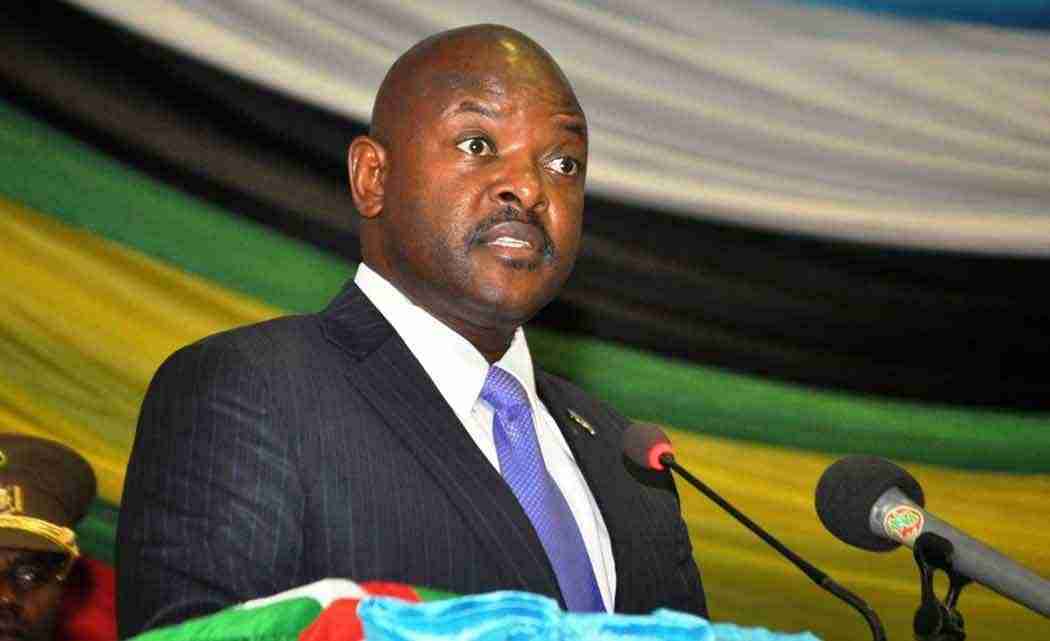 BUJUMBURA, Burundi — Burundi President Pierre Nkurunziza has made his first appearance in the capital since the attempted coup against his government last week.

Nkurunziza made a brief statement to journalists in the foyer of his heavily guarded presidential offices in Bujumbura Sunday morning. He did not mention the failed coup plot or the protests that have rocked Burundi for weeks over his bid for a third term in office.

Instead he described how he contacted the presidents of nearby African countries to discuss the threat from Somalia’s Islamic extremists, al-Shabab.

Burundi, Kenya and Uganda contribute troops to the African Union force in Somalia that is fighting al-Shabab. The extremist rebels have retaliated by carrying out violent attacks in Kenya and Uganda.

“You know that Burundi is among the countries that are contributing troops in Somalia and that’s why I came here to contact my friends and my fellow presidents in Kenya and Uganda and these countries are being targeted by al-Shabab,” Nkurunziza said in French.

He said his aim in contacting fellow presidents was to find strategies to stop threats to the security of Burundians.

Edouard Nduwimana, Burundi’s interior minister, called on protesters to not turn up on the streets Monday because the security forces would not be able to differentiate between protesters and extremists.

Speaking on state radio, Nduwimana said the security agencies had received information of extremists with explosives who could detonate them during the street protests.

Mohammed Nibaruta, an opposition activist, said this is another way for the government to justify the illegal use force to discourage the demonstrations over Nkuruniziza’s candidacy which goes against the constitution’s limit of two five-year terms.

“The government is going to use live bullets but this will not stop protesters from coming to the streets tomorrow and the day after until Nkurunziza withdraws his candidacy,” Nibaruta said.

The protests began April 26, a day after the ruling party made Nkurunziza its presidential candidate, and at least 15 people have been killed in the unrest.