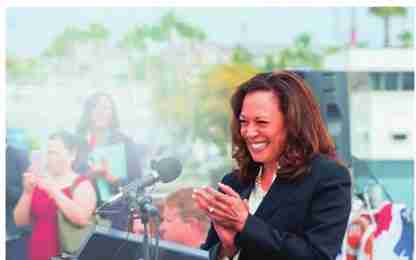 Harris is considered a potential 2020 presidential candidate and drew attention last week for her questioning of Supreme Court nominee Brett Kavanaugh in his Senate confirmation hearings.

The former California attorney general was elected to the Senate in 2016. She was born to an Indian mother and Jamaican father.

Ohio is an often-pivotal swing state that Republican Donald Trump won in 2016 after Barack Obama twice carried it. There are heated 2018 statewide races including governor, and in several House seats.