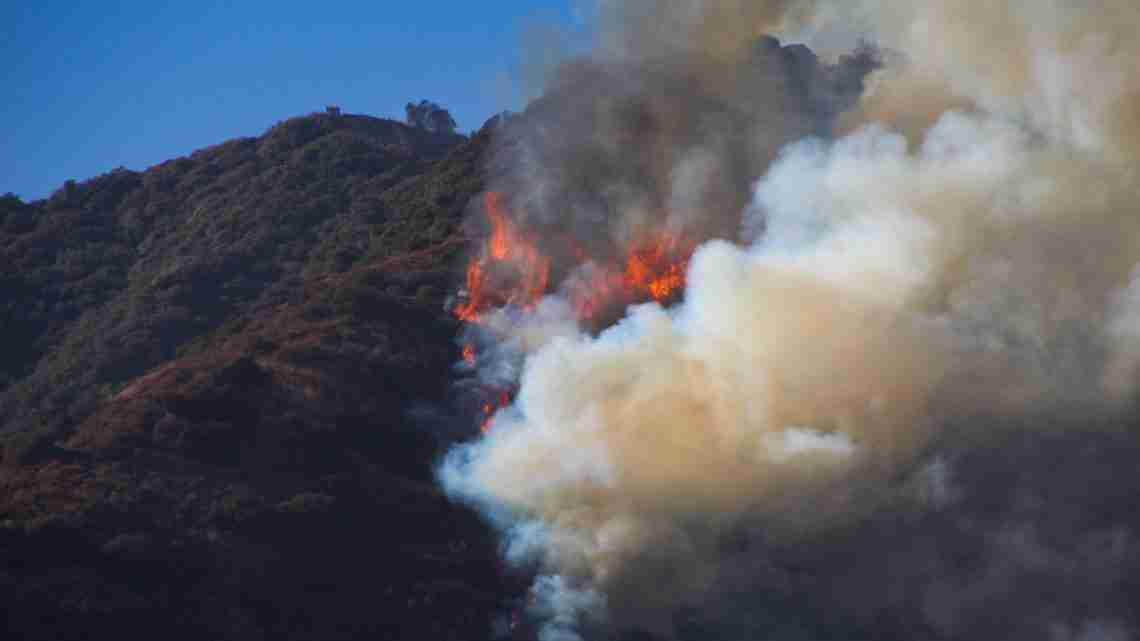 More than 1.25 million acres of wildfire in Northern and Central California have ignited a man versus nature fiasco as local firefighters are spread thin and left without adequate resources. Cal Fire, the California agency responsible for fighting wildfires, said 650 wildfires of all sizes have caused the extensive damage the state since Aug. 15, with more than 1,400 buildings destroyed.  The fires are collectively larger than the state of Delaware.

The wildfires follow a statewide heatwave that reached triple-digit temperatures and an unprecedented surge in lightning strikes – more than 13,000 lightning strikes, with 233 strikes alone in the past 24 hours.

The fires are exacerbated by dry summer air and strong winds, both of which California is currently experiencing. These factors have contributed to a ‘perfect storm’ for the natural disaster, as fire departments struggle to combat the rapidly expanding blaze, with the brunt of the damage in the top half of the state.

Fire departments are usually aided by inmate firefighters during peak fire season, but thousands of prisoners have been released due to overcrowding concerns regarding the Covid-19 pandemic. California Governor Gavin Newsom said the state will hire more than 800 additional firefighters to fill the void.

Newsom declared a state of emergency last week, asking for additional fire engine resources from over half a dozen states across the country, as well as Canada. Arizona has contributed 10 fire engines, Oregon has contributed 25, and Texas and New Mexico have contributed five each, said the governor in a press briefing on Friday.

Nearly 50,000 people were instructed to evacuate their homes in the Santa Cruz Mountains and east of San Jose. To minimize exposure to Covid-19, evacuees have been encouraged to stay with family and friends rather than pack into confined indoor shelters. Authorities prioritized shelters for people who have no other place to stay, and have been enforcing pandemic protocol, such as masks, throughout the emergency.

The largest fire, named the SCU Lightning Complex, has burned 363,772 acres of land east of San Jose, according to the California Department of Forestry and Fire Protection. This fire is at 15% containment as of Tuesday.

The wine country northeast of San Francisco, including Napa and Sonoma counties, is the second largest area at risk, with 356,326 acres burned at 27% containment. Tens of thousands of structures remain at risk. The Global Supertanker, a firefighting airplane that can hold 19,600 gallons of water, has been deployed to the area.

The CZU Lightning Complex fire in the Santa Cruz Mountains has devoured 78,869 acres of land and is at 17% containment.

Kim-Flud Markey, a mother of four and longtime resident of the Santa Cruz Mountains, evacuated her home with her family last week in accordance with local fire department instruction. They thought they had reached safety upon reaching a hotel, but were instructed to evacuate further the next day to escape the drastically worsening fire.

“The fire department simply does not have the resources to contain it,” Flud-Markey told Zenger News. “They are doing everything they can, but low visibility from the smoke has restricted air support.” The Flud-Markeys evacuated all of their animals from the house, including horses, chickens, goats and an 85-pound turkey. “People have been so kind as to open their fenced property to house our animals while we are sheltering. They are all safe. Our two dogs have stayed with us.” said Flud-Markey.

The wildfires come as California residents expect rolling electricity blackouts to conserve energy during the heatwave. The three biggest energy providers in California, Pacific Gas & Electric, So Cal Edison and San Diego Gas & Electric, collectively had a megawatt shortage of over 4,000 on Monday, enough to power for roughly 3 million residences.

An estimated 10 percent of the state’s wildfires are triggered by electric power lines every year, according to the California Public Utilities Commission. However, the California Independent System Operator maintains that rolling blackouts are unrelated to the wildfires, and serve to stabilize California’s immense power grid instead.

Cal Fire continues encouraging residents to be prepared for wildfires.

The National Interagency Fire Center said 93 very large wildfires have burned 1,832,101 acres nationally as of Aug. 25.  Outside of California, Oregon and Arizona reported the most fires of a significant size.

Next post Sub Seized With Big Stash of Blow