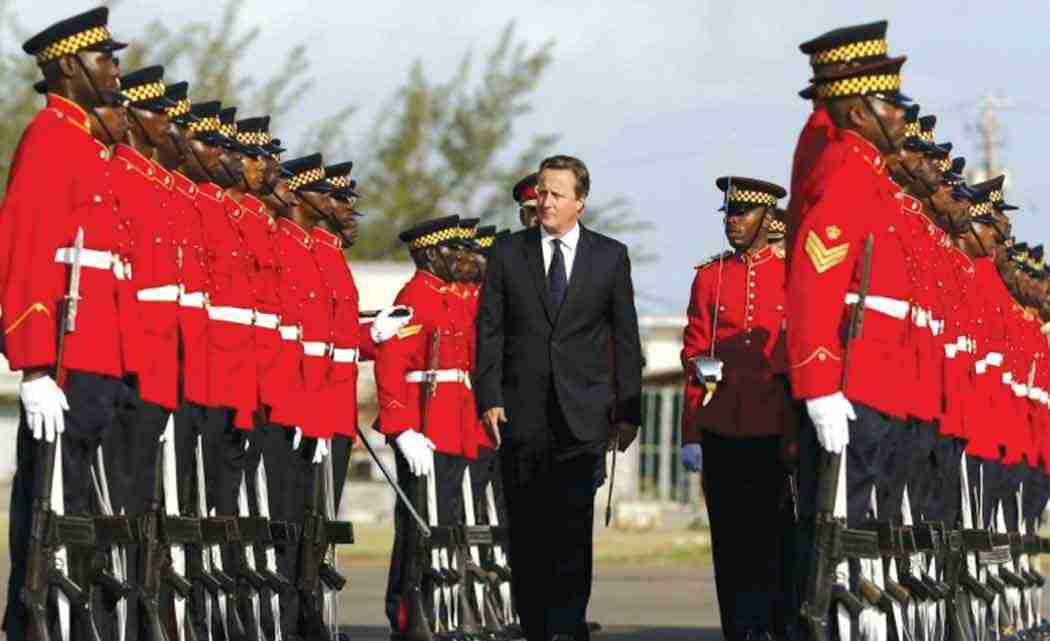 By HOWARD CAMPBELL and DAVID McFADDEN

In Jamaica’s capital of Kingston, Cameron promised a roughly $455 million aid package to upgrade bridges, ports and other infrastructure across the Caribbean and reinvigorate Britain’s relationship with the region dotted with its dependencies and former colonies. He also pledged an additional $180 million to improve health facilities and boost economic growth. He said all this support would make Britain the largest bilateral donor to the region.

Cameron said he wanted to focus on the future, not historical wrongs, and Britain’s longstanding position was “that we do not believe reparations is the right approach.”

In a speech before Jamaica’s Parliament, Cameron said he believed the Caribbean has emerged from the “long shadow” of slavery. However, he acknowledged that “these wounds run very deep indeed” from the brutal system that brought riches to Britain and other colonial powers.

“But I do hope that, as friends who have gone through so much together since those darkest of times, we can move on from this painful legacy and continue to build for the future,” he said, and noted that Britain eventually led the effort that abolished the slave trade in the mid-19th century.

Jamaica and other Caribbean governments are pushing for reparations from Britain, France and the Netherlands. Caricom, a political grouping of 15 countries and dependencies, announced in 2013 that it intended to seek reparations for slavery and the genocide of native peoples.

In an open letter to Cameron, Hilary Beckles, chairman of the Caribbean Community’s Reparations Commission and a scholar who has written several books on the history of regional slavery, said reparations is “not an issue that can be further ignored, remain under the rug, or placed on back burners.”

Backers of reparations note that Britain was responsible for the forced relocation of millions of Africans via the Atlantic slave trade and they say grants and trade agreements “are not replacements for reparation.” They also point out that Cameron’s ancestors benefited financially from slavery.

Jamaican Prime Minister Portia Simpson Miller said she raised the reparations issue with Cameron, but Jamaica was also focused on the aid package and boosting bilateral ties. During his visit, Cameron pledged to help build a new 1,500-bed prison in Kingston that would enable Britain to return Jamaica-born convicts to their homeland and resolve a dispute over a prisoner transfer deal between the two nations.

After wrapping up his visit, Cameron flew to the Caribbean island of Grenada, where he toured areas ravaged by hurricanes in the past and met with Prime Minister Keith Mitchell.