Candidate Gillum tells opponent to focus on issues, not insults 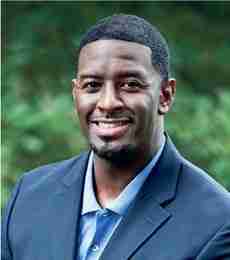 TALLAHASSEE, Fla. – The man who could become Florida’s first black governor on Sunday called on his opponent to refrain from name-calling and to focus on the issues.

“He’s gotten accustomed to calling names. He’s a Harvard-educated man, surely he knows his way around the U.S. vocabulary,” Gillum told MSNBC’s Joy Reid. “But he chooses rather to embrace these kinds of dog whistles and bullhorns.”

While saying he wouldn’t engage in name-calling, Gillum also said he wasn’t going to compete in a “pig fight” with DeSantis and President Donald Trump, who endorsed DeSantis and has used Twitter to criticize Gillum.

“I’m not going to follow him and Donald Trump down into the swamp of politics. My grandmother used to say, `When you wrestle with pigs, you both get dirty, but the pig likes it,”’ Gillum said. “I’m not going to be able to compete and win in a pig fight with these guys.” Also Sunday, DeSantis said in an interview with

John Catsimatidis of 970 AM radio in New York that Gillum “will turn Florida into Venezuela.”

“Florida’s a great place to be, to live, to do business, to retire. We need to build off the success that Florida’s enjoyed, and if you have a guy like this and that being a socialiststyle agenda – that’s going to absolutely destroy all the progress that Florida’s made.”

DeSantis and Gillum are competing for the seat held by Republican Gov. Rick Scott, who can’t seek re-election due to term limits and is instead challenging Democratic U.S. Sen. Bill Nelson.