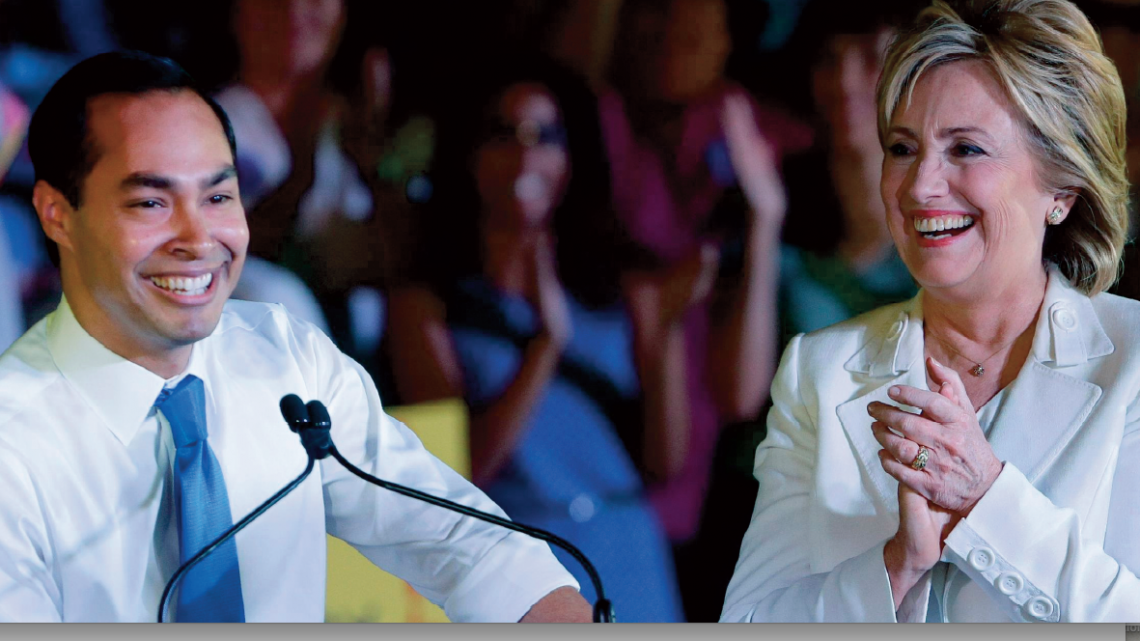 Clinton’s presidential campaign has racked up support from the Obama administration’s top officials. It’s of an effort to win over loyalists in the Obama coalition as Clinton – secretary of state in his first term – fights for every edge.

The high-level endorsements come as Clinton tries to undercut her main rival, Vermont Sen. Bernie Sanders, by casting him as fair-weather friend to her former boss. She has called out Sanders for suggesting in 2011 that Obama should face a second-term primary challenge, and for criticizing Obama for taking donations from Wall Street.

“We’re proud of the endorsements we’ve gotten from millions of Americans who are supporting Bernie in taking on the rigged economy and the corrupt campaign finance system that props it up,” campaign manager Jeff Weaver said.

Obama administration officials are hardly the flashiest of endorsements, and his Cabinet hasn’t produced lots of household names. Clinton was the most recognizable. But each helps reach some important group – African Americans, Latinos, labor, Iowans – and Clinton needs every bit of electoral help she can get.

The officials have their own motivations for signing on early.

Castro, a 41-year-old former San Antonio mayor, hasn’t shot down speculation that he could find himself on the ticket with Clinton. His turns on the campaign trail could prove to be something of an audition.

“There are rumors you’re in vice president training camp,” Stephen Colbert asked Castro, when Castro was on the The Late Show. “What does that involve other than staying awake behind someone giving the State of the Union address?”

Like other Cabinet members, Castro has reached out to targeted audiences. He announced his support to a largely Latino crowd at a San Antonio rally in October. Clinton said she would “look hard” at Castro as a running mate.

Obama has said he will not endorse during the primary, and he and his aides are treading carefully.

White House officials say they have not offered any formal guidance to Cabinet members who have decided to wade into the race before the boss, only that they give the White House a courtesy heads up before they go public with their support.

The standing restrictions on political activity apply. Officials are told not to trade on their office for political purposes or use their official titles at events. Staff time and government money cannot be used for travel or planning. Officials can’t ask for money. They can speak at fundraisers.

But there’s no prohibition on reminding people who you work for and why your support matters.

“As someone who has had a front row seat, I sure as hell don’t want to see the progress we made go backward,” Perez said during a visit to a Las Vegas union office for some phone-banking in December. “And that’s why, folks, I’m going to say I’m proud as hell of the fact that I have had the privilege of working for Barack Obama and I’m proud as hell to endorse Hillary Clinton to be the next president of the United States.”

Not all past candidates have wanted surrogates linking them so closely to the current occupant of the White House.

Vice President Al Gore relied on several current and former Cabinet secretaries in 2000 to serve as advisers as well as critics of his opponent, Republican George W. Bush. Eight years later, the campaign of Sen. John McCain, R-Ariz., tried to distance itself from the two-term Bush, particularly on war policies. (McCain’s open feud with former Defense Secretary Donald H. Rumsfeld put so much distance between the men that Rumsfeld would not say whether he would vote for the GOP nominee.)

But as Clinton and Sanders compete for die-hard Democrats, association with the Obama administration remains a net plus. Obama’s support among Democratic base voters is rock solid. Ninety-one percent of African-Americans and 86 percent of Democrats say they approve of Obama’s job performance, according to Gallup.