PORT-AU-PRINCE — Former President Jean-Bertrand Aristide recently emerged from months of seclusion for a second straight day and took several swipes at the current government. Speaking to a small group of mostly Haitian reporters and The Associated Press at his home in the capital May 9, Aristide covered topics ranging from his shock at seeing the devastation caused by the 2010 earthquake to his political party’s strength as the country heads to legislative and local elections.

He also thanked the thousands of supporters who cheered his motorcade a day earlier during a rare outing to answer a judge’s questions in a closed-door testimony in the case of a slain journalist. The crowds comprised one of the biggest demonstrations of its kind in years despite a police ban on all protests.
Aristide then took a few jabs at President Michel Martelly, saying the government has not done enough to address hunger and he referred to the administration’s tax on international calls and money transfers to fund an education program as a “problem.”


“With all the respect that I have for the authorities in place, they are not able to solve the hunger problem by themselves,” Aristide said in the office of his residence, calling hunger one of Haiti’s “biggest problems.’’


`People know that when a dog is hungry it’s doesn’t play,” Aristide said, quoting a Haitian proverb that roughly means hungry people can be unpredictable and even dangerous.


Aristide began to weep as he recalled watching images of the 2010 earthquake while in exile in South Africa. He said that before May 8 he had ventured out of his house only once, on May 1, 2011, since his return earlier that year, but didn’t say where he went.


This time, he came out to go before a judge after being summoned to answer questions in the case of a journalist’s killing. Instead of returning straight home, he toured the capital’s shantytowns, where he is still popular, drawing crowds of supporters as he passed through each neighborhood.


Aristide said the trek also allowed him to see the earthquake’s devastation firsthand.


“I now know what it’s like for you to be unable to leave the suffering caused by goudougoudou,” Aristide said, using a common Haitian term for the quake.


Also on May 9, the justice ministry said in a statement that three journalists who were covering the May 8 march were roughed up by demonstrators and condemned the “act of aggression.” The reporters worked for Radio-Tele Ginen, a media outlet that’s long been seen as pro-government.


Aristide remains popular but was a divisive figure during his two presidential terms. He acknowledged that he had been silent for two years, but said no one ordered him to keep quiet.


“I chose not to speak,” he said. “I speak when I need to speak, and no one can stop me from speaking.” Aristide said he believed his Lavalas political party will be a contender during still unscheduled elections to fill 10 Senate seats and dozens of local posts. The authorities are under pressure to organize the vote by year’s end.


“If they have free and transparent elections, there’s a good chance that we’ll win a big portion of it,” Aristide said. 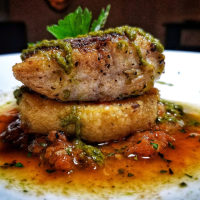 About the Author chef Irie