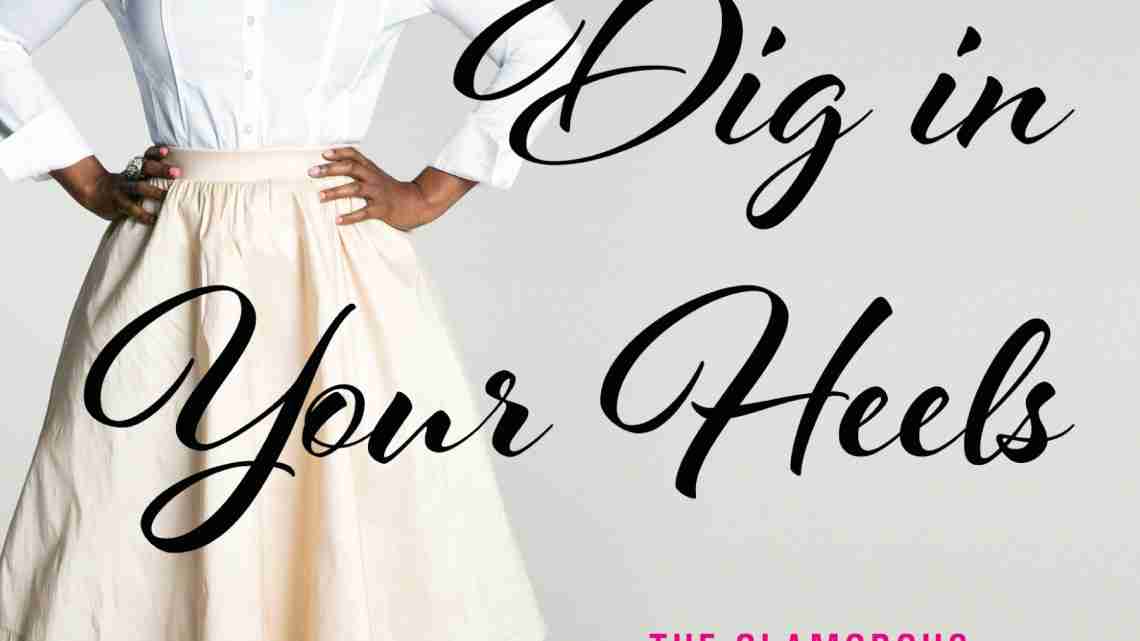 DALLAS – In 2007, not long after fulfilling her dream of living in Paris, France, Karla Baptiste was diagnosed with stage III breast cancer at the age of 34. She had just received her MBA and, like most new graduates, she was on top of the world and thinking ‘The best is yet to come!’

“I could not have been more optimistic. I never would have thought I would be battling breast cancer the following year,” she said.

The cancer diagnosis was a shocker to say the least but she took solace in knowing that if her life were to end soon she had no regrets. She had followed her dream and lived it up in Paris like it was her last chance.

Another dream of Baptiste’s was to become an author. When she was first diagnosed with breast cancer, she began reading breast cancer memoirs which only took the reader through treatment. Baptiste was always left wondering what happened next.

This inspired Baptiste to publish her own story. She started writing her memoir, Dig in Your Heels: The Glamorous (and Not So) Glamorous Life of a Young Breast Cancer Survivor, a couple of years after being diagnosed.

She was hoping to tell her story from diagnosis to reaching the coveted fiveyear cancer-free anniversary. Fortunately, she is part of the 72% of women who survive beyond five years after a stage III breast cancer diagnosis.

However, in July 2014, as Baptiste was preparing to publish her memoir, she discovered that her cancer had returned to her spine making it stage IV. Determined more than ever to share her message of hope, Baptiste turned to crowdfunding to raise money to publish her memoir. Her goal was $10,000 but she raised over $13,000 in two months!

During the months of February and March, Baptiste has used her book and her crowdfunding chops to help raise money to establish an oncology center in her father’s birthplace, St. Vincent and the Grenadines – an island country in the Lesser Antilles in the Caribbean.

Baptiste had always intended to use her memoir to give back. Typically, 10 percent of the proceeds from the sale of Dig in Your Heels would have gone to breast cancer research and outreach.

However, upon learning that cancer patients in her fatherland often forgo treatment and die because there isn’t a treatment center on the island, she wanted to give in a bigger way. The closest place to receive treatment for Vincentians is Trinidad making the cost and inconvenience of travel a hindrance to receiving care.

In February, the St. Vincent and the Grenadines Medical Association launched an Indiegogo campaign to raise money for the new oncology center. Their goal is $250,000.

“When I heard about the goal, I wished that I had sold more books so that I could fund the entire center myself. But after I thought about it, I realized that I could give 100% of my net proceeds now. Maybe my commitment to be ‘all in’ would inspire others to give big too,” said Baptiste. “I know what it’s like to go through a cancer battle and it’s important to receive care close to your loved ones and not have to worry about added expenses. Having cancer is burden enough.”

Dig in Your Heels: The Glamorous (and Not So) Glamorous Life of a Young Breast Cancer Survivor can be purchased at Amazon.com, Barnes & Noble and iTunes. One hundred percent of the proceeds will go to establish the oncology center in St. Vincent. For more information about the book and the oncology center, visit www.diginyourheels.com.

Previous post Shopping Local Can Benefit You and Your Community