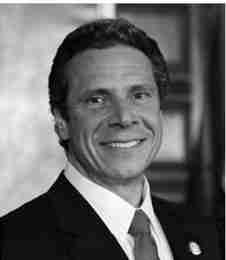 NEW YORK (AP) – New York Gov. Andrew Cuomo announced last week that he is not marching in next month’s Puerto Rican Day Parade but he did not directly address the controversy surrounding parade organizers’ decision to honor a Puerto Rican nationalist.

A spokeswoman for Cuomo said the Democratic governor would not march in the June 11 parade in Manhattan.

“The governor’s support and long-term affection for the Puerto Rican community remains unwavering, unfortunately he will not be marching in this year’s parade,” the spokeswoman, Dani Lever, said in a statement. The statement did not mention parade honoree Oscar Lopez Rivera, a member of a militant nationalist group who was recently freed from prison.

Lopez Rivera was a member of the Armed Forces of National Liberation, or FALN, which claimed responsibility for more than 100 bombings in the 1970s and 1980s.

Lopez Rivera was not charged with carrying out any of the bombings himself, but he was convicted of charges including seditious conspiracy and served more than 35 years in prison before his sentence was commuted by President Barack Obama.

The decision by Puerto Rican Day Parade organizers to honor Lopez Rivera has prompted sponsors including Coca-Cola, JetBlue and AT&T to pull out of the march up Fifth Avenue.

The 74-year-old Lopez Rivera has thousands of supporters who see him as a political prisoner, jailed for seeking independence for Puerto Rico, a U.S. territory.

When asked about the controversy last week, Cuomo said he was studying the issue.

Next post Dominican minister and seven others detained in bribery scandal