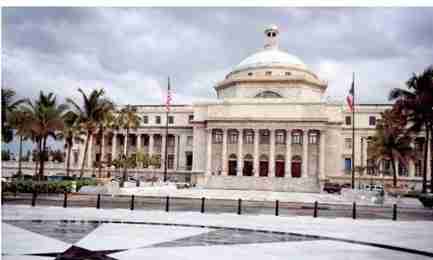 U.S. District Judge Gustavo Gelpi said his order seemed to be the only way to protect the rights of a special needs population amid a worsening economic crisis. “Otherwise, the effects to these individuals will be devastating and beyond repair,” he wrote in the order, which is tied to a 12-year legal battle in which the U.S. government sought to improve Puerto Rico’s health system for the mentally disabled.

Gelpi also called an emergency meeting with top government officials next week and warned that he will take additional steps if the situation is not resolved.

“The parties are invited to be as creative as possible,” he wrote.

Yaritza Ortiz, a spokes- woman for Puerto Rico’s Health Department, told The Associated Press that the agency will issue checks to providers Monday and Tuesday. She declined further comment and did not provide any other details, including the total amount of money that would be disbursed and how many companies would be paid. The order comes as the U.S. territory’s government runs out of money and faces a $70 billion public debt load that the governor has said is unpayable and needs restructuring. Public agencies including the Health Department are increasingly being forced to decide how they will use dwindling revenue, which has resulted in dozens of government providers going unpaid for months at a time.

The economic crisis also has thrown Puerto Rico’s upcoming Democratic primary into question. The island’s Elections Com- mission held an emergency meeting Friday because the Treasury Department has not released $3 million needed to print ballots and pay for vote-counting machines for the June 5 primary, in which Puerto Rico Democrats are to choose 67 delegates. “This situation is unacceptable,” commission director Liza Garcia said. She said the body is running out of time and she is considering going to court to force payment.

Puerto Rico’s Treasury Department has said it will not release the money until next week. Meanwhile, the U.S. Congress has delayed action on a Puerto Rico debt restructuring bill that is being rewritten after it was short of votes last week.