Haiti holds final round of election cycle started in 2015 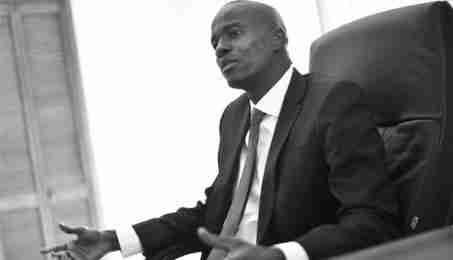 PORT-AU-PRINCE, Haiti – Haiti held a final round of legislative contests as well as long-overdue municipal elections on Sunday, closing a repeatedly derailed electoral cycle that started in 2015.

President-elect Jovenel Moise’s political faction and its allies are hoping to increase their majority in Parliament with eight legislative runoffs. Voters were also choosing 5,500 district authorities in local elections whose tardiness over a decade has exasperated many.

Alix Pierre, a Port-au-Prince lawyer and one of hundreds of voters gathered at a polling station in the Canape Vert section of Haiti’s capital, said he was relieved the 2015 electoral cycle was finally concluding. “It took such a long time to get here,” he said after casting his vote.

Turnout elsewhere appeared to be paltry, with numerous voting centers in Port- au-Prince and in other spots of the Caribbean country of roughly 11 million people serving only a trickle of voters. In the Port-au-Prince slum of Bel Air, Benite Oramise was the only voter during the mid-morning at a school serving as a polling station.

“I hope people will come after more church services are over. We should make our voices heard,” she said.

Across the country, balloting appeared to be mostly calm with voters who decided to participate. Some 12,000 police officers were deployed – essentially the entire Haitian National Police Force – to maintain order along with U.N. officers.

There were three guns seized and 10 arrests reported by mid-afternoon, including one in the central town of Mirebalais, where a suspect driving a white car threw tear gas outside a polling station, sending voters into a panic.

Mirebalais Police Commissioner Calixte Mercany confirmed that a political party representative called a “mandataire” was arrested for ripping up ballots during the melee. He couldn’t immediately confirm which faction the detained man belonged to, but local radio station Vision 2000 alleged he was with the Tet Kale party of the incoming president.

The border with the neighboring Dominican Republic was closed before Election Day, a typical security measure during Haitian balloting. Border crossings were due to reopen at dawn Monday.

Next post Games, crafts, other activities may safeguard aging brain