In Haiti, Aristide tells thousands to vote for candidate 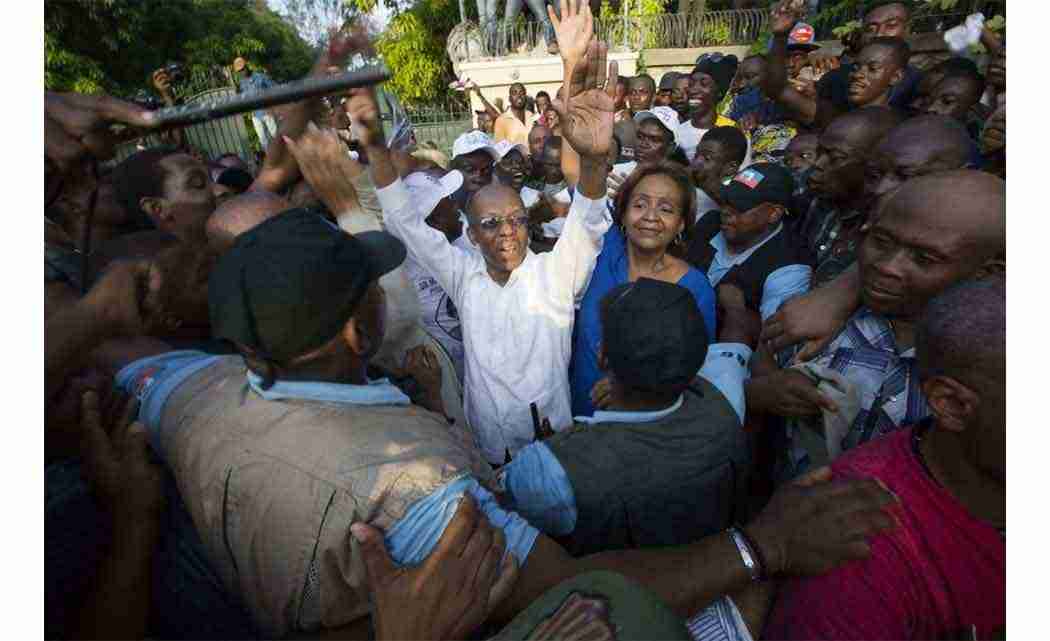 PORT-AU-PRINCE, Haiti — Twice-ousted Haitian President Jean-Bertrand Aristide urged thousands of supporters gathered outside his house Wednesday to vote for the presidential candidate of the political faction he founded years ago.

Backers of the Fanmi Lavalas movement chanted, sang and waved photos of Aristide after they trekked to his home in the Port-au-Prince suburb of Tabarre following a campaign rally miles away for the party’s presidential candidate.

In early evening, Aristide appeared outside his gate with Lavalas’ presidential candidate and party chief, Maryse Narcisse, to address the festive crowd. Standing on the back of a pickup truck alongside Narcisse, he called on supporters to ensure that the party’s leader wins this year’s presidential election. The first round is Oct. 25.

“Everybody needs to stick together for Maryse Narcisse to enter the National Palace as president,” Aristide said into a microphone during his roughly seven-minute speech, prompting loud cheers and applause.

He also criticized Haiti’s electoral authorities for what he said were the flawed results from an Aug. 9 legislative vote, which he described as a “selection instead of an election.”

Music blared from loud speakers as excited partisans jostled to catch a glimpse of the charismatic ex-president outside the green gate of the home where he has lived quietly since returning to Haiti in 2011. People chanted that Aristide, who asserted upon his return to Haiti that he would not get involved in politics, was their “king.”