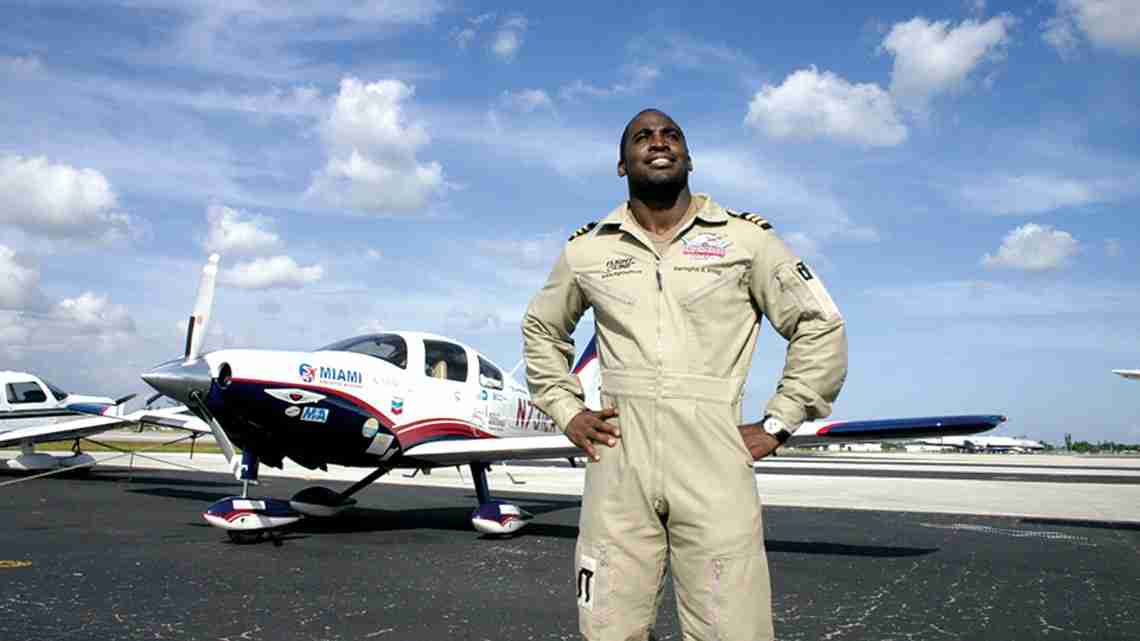 (BLACK PR WIRE) – Tokyo, October 21, 2014 — Barrington Irving, who holds the Guinness World Record as the youngest person to fly solo around the world, met with United States Ambassador to Japan, Caroline Kennedy and Jamaica’s Ambassador to Japan, Ricardo Allicock, to talk about his groundbreaking educational project, the Flying Classroom.

Launched from Washington, D.C. on September 23rd, the Flying Classroom is making stops in 13 countries this fall on the first of three global trips. During each trip, Captain Irving, a National Geographic Emerging Explorer, carries out ground, air, and sea expeditions designed to teach students about real-life applications of Science, Technology, Engineering, Mathematics, History, Geography and Humanities (STEM+).

“Captain Irving is helping to solve one of the major challenges that teachers face, which is figuring out how to captivate the imaginations of our children and bring classroom material to life. I was delighted to have the opportunity to learn about his work,” said Ambassador Kennedy.

“He is an inspiration to students,” said Ambassador Allicock. “His Flying Classroom engages them so they each feel like they’re getting special attention. He gives them access to science and math-related adventures they would never experience on their own.”

Many students in the U.S. are following this first-ever interactive STEM+ learning adventure through a school curriculum; others have access to Captain Irving’s travels and expeditions through videos and a blog on the flyingclassroom.com website. Flying Classroom expeditions include learning how to build sustainable cities in Shanghai; diving to see the condition of coral reefs in Bali; and gathering poisonous snake venom in Palau that will be used in medicines that can save lives.

From September 23rd through November 18th, follow Captain Irving and his team through regular expedition updates at www.flyingclassroom.com, on Facebook at www.facebook.com/yourflyingclassroom, on Twitter at @CaptainIrving, and with hashtag #flyingclassroom.