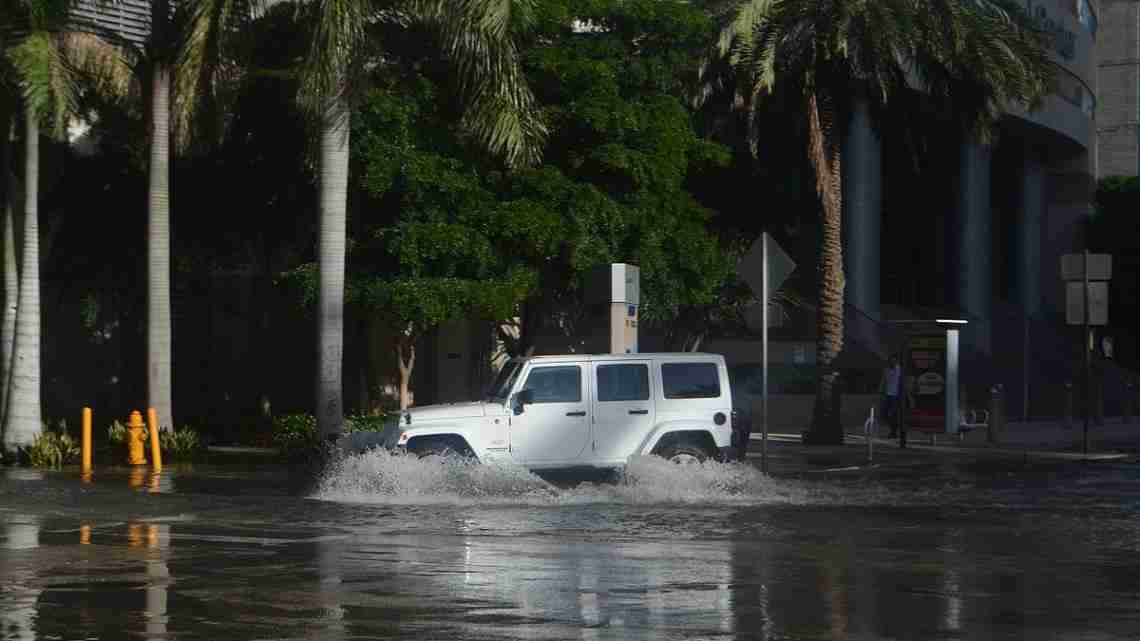 OCALA, Fla. – These already are hot topics in higher ed. And not just in the disciplines you might expect.

While climate change and related sea level rise are still emerging priorities on the national and global consciousness, one of society’s most vital institutions – higher education – is already incorporating those daunting topics into its everyday thinking.

Already on many campuses, with surely more to follow, getting a college education includes immersion into facts and predictions about how climate change could affect the near and distant future, and not just for students enrolled in subjects such as geology or meteorology.

Architects, civil engineers, city planners and other professions are likely to be affected in ways they have not experienced before.

As upcoming generations address the challenges associated with warmer temperatures and vanishing shorelines, academia must not only familiarize itself with the subject matter on a variety of levels but prepare students for a range of career opportunities that will require new skills yet to be fully defined, fine-tuned and taught.

Lynn Pasquerella, president of the Washington, D.C.based Association of American Colleges Universities, said she is seeing more of its 1,400 members – which include historic black colleges, community colleges and major universities – incorporate climate change into their curricula.

Academia has a responsibility “to ask students to grapple with real-world global problems and this is certainly one of the most urgent,” Pasquerella said. Students need to be taught “to look at these issues from multiple perspectives” and faculty must make sure they are connecting what they teach with what those students need to know for their careers.

“Climate change is studied by college students in courses offered by an increasingly broad range of academic programs,” said Neil Leary, founding director of the Center for Sustainability Education. With support from NASA, the program based at Dickinson College in Carlisle, Pennsylvania, has instructed faculty from more than 60 colleges and universities nationwide about how to teach climate change on the undergraduate level.

“The motivation is a recognition that climate change, its causes, risks and solutions are relevant to all our students, whatever their chosen areas of study and future vocations,” Leary said. The study of climate change “has expanded far beyond courses in earth and environmental sciences at U.S. colleges and universities and into other sciences, social sciences, the arts and humanities.”

“Climate change will impact virtually every profession, from architects to zoologists,” said Julian Dautremont-Smith, director of programs for the 900-member Association for the Advancement of Sustainability in Higher Education.

“It is of particular relevance to those who are involved in the built environment – engineers, architects, planners, etc. – and others who depend on climate conditions farmer – but it’s also essential for business leaders, health care professionals, educators and, of course, politicians.”

More employers will insist on hiring graduates with “sustainability competencies, even for jobs that aren’t explicitly focused on sustainability,” Dautremont-Smith predicted. “Moreover, the fastest growing segments of many industries are sustainability oriented – renewable energy, organic agriculture, green buildings and electric vehicles. The jobs of the future are sustainability jobs.”

With so much of the state’s population along its vulnerable coastlines, Florida’s public and private institutions of higher education are especially placing an emphasis on climate change on a broadening range of academic interests.

At New College of Florida, the state’s honors college in Sarasota, several faculty members include climate change in courses pertaining to subjects that, on the surface, hardly seem associated with weather patterns – subjects ranging from anthropology to politics to urban design.

Anthony Andrews, an anthropology professor for more than 30 years, remembers encountering skepticism about climate change among his colleagues.

Andrews’ courses focus on human origins and “survivability,” the rise and fall of civilizations. His material spans from periods of ancient climate change – caused by shifting continents, volcanic eruptions and solar flares – to current climate change, which he says can be traced to extensive deforestation during the plantation era and the dawn of the industrial revolution and its smokestack industries.

For about 10 years, Frank Alcock, associate professor of political science and environmental studies at New College, has integrated the topic into his curriculum. “Where have I not? It runs the gamut.”

Alcock strives not to be “advocacy oriented.” However, he wants his students to receive “a dose of reality without depressing them.” He wants them, as potential political scientists and policymakers, to understand the “interplay between law and politics” and “what you have to navigate to put a policy into place,” to consider the possible ramifications of climate change on, for example, food and energy security.

Legal and political solutions are not as easy as students may presume, Alcock said.