Many leave Dominican Republic before deportation 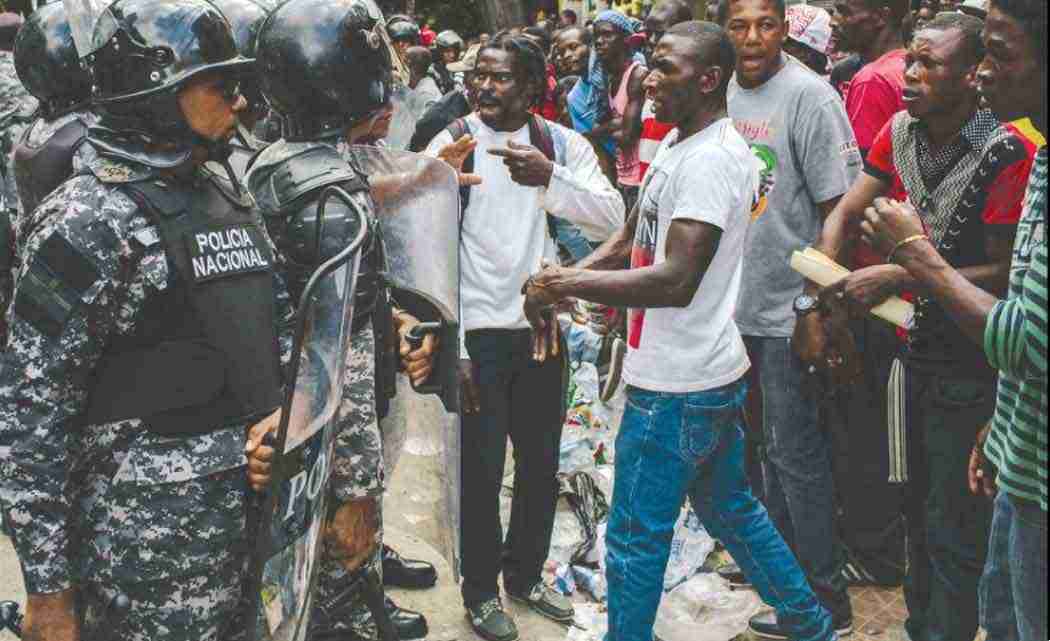 OUANAMINTHE, Haiti — Thousands of people from Haiti or merely of Haitian descent aren’t waiting to see if they’ll be forcibly removed from the Dominican Republic now that the deadline has passed to apply for legal residency.

The end of a yearlong application period has sparked an exodus to Haiti of people who failed to qualify. Some plan to wait out what they fear could be a wave of mass deportations, while others will start uncertain new lives on the poorer side of Hispaniola.

The two countries that share the Caribbean island have a fraught history, with generations of Haitians crossing into the Dominican Republic to take low-wage jobs in fields like agriculture and construction. They’ve also encountered discrimination and periodic crackdowns.

Among those who have left recently are Haitian farmworker Eragene Moncher, despite the fact he actually qualified for the “regularization” program for foreign-born people.

He returned to the homeland he left more than 20 years ago after failing to get the documents necessary for five of his six children to establish Dominican residency, all of whom were born there.

“We’re arriving with nothing,” he said while boarding a truck in the border town of Ouanaminthe with two of his children and headed toward the capital of Port-au-Prince. “I’m trying to figure out how we’re going to make a living.”

Dominican officials say migrants in the country could stay if they prove they arrived before October 2011 and have taken steps to establish themselves by getting a job or going to school. Nearly 290,000 of the estimated 524,000 migrants in the country – the majority of them Haitians – applied by the June 17 deadline. The government says those who didn’t apply or who didn’t get legal permission to stay should leave or risk deportation.

The Dominican government says nearly 40,000 people had left as of July 6.

Many people going to Haiti say they fear the violent, often traumatic expulsions that have occurred periodically in the past, and are frustrated with requirements for documents many cannot obtain.

The Dominican Republic has been under international scrutiny in recent years for immigration policies that tend to affect mostly Haitians and people of Haitian descent, who tend to be darker skinned than most Dominicans and often find themselves victims of racial discrimination.

In September 2013, the Dominican Republic’s Constitutional Court ruled that children born in the country to non-citizens did not qualify for automatic citizenship because their migrant parents – most of whom were Haitians “were “in transit.”

Amid an international outcry, President Danilo Medina’s administration announced it would grant citizenship to the estimated 55,000 people it said were born in the Dominican Republic to at least one parent who was a citizen or legal resident.

It also created a program for people who were born in the country but never obtained a birth certificate or other identification. Before it closed in February, only about 9,000 people applied for the program that let them register as foreigners and become naturalized citizens. Rights activists fear that Dominican-born people without proper documentation are as vulnerable to deportation as foreigners.

“They’re saying there are going to be deportations,” construction worker Wasley Abraham said as he, his wife and daughter prepared to cross the Dominican border into his native Haiti. A pink bike with training wheels peeked out among belongings loaded on a truck. “It’s best to move now.”

“It’s complicated, you spend a lot of money and you don’t get your papers,” Miguelle Saint Juste, a construction worker, said while loading suitcases and a TV onto a bus to return to Haiti with his wife and three daughters. Saint Juste said he was told he didn’t meet eligibility requirements.

Paul said 21 migrants, including eight children, were whisked across the border on a 15-hour journey without a break to eat or drink – an allegation the Dominican government denied. “The way this group of migrants was treated is unacceptable,” Paul said.

The Organization of American States dispatched a special mission Friday to the Dominican Republic and Haiti to investigate allegations of mistreatment.

After crossing the border, Moncher, the farmworker, said he would to stay temporarily with a sister near Port-au-Prince, where he planned to drop off two of his children, then return to the Dominican Republic for the rest of his family. He hopes his relatives can help him find work in a country where more than half the population survives on less than $2 a day.

“Who knows if they’ll receive me,” he said. “They don’t have anything to offer.”