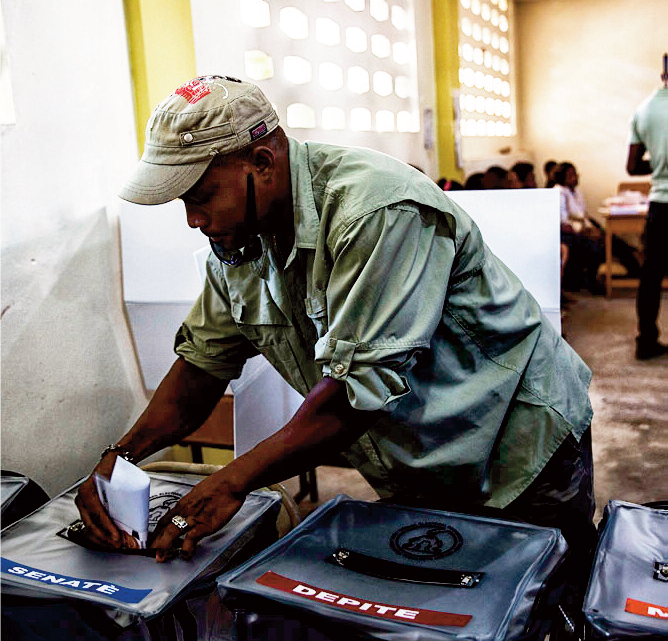 PORT-AU-PRINCE, Haiti – A new council has been sworn in to oversee Haiti’s electoral process and organize a twice-postponed runoff vote while a short-term caretaker government is in power.

The nine-member Provisional Electoral Council ratified Wednesday is tasked with concluding an electoral cycle by holding a runoff to elect a president and the final members of parliament.

Council director Mosler Georges says “the achievement of good elections is our mission.”

Violent opposition protests and deep public suspicions of fraud favoring former President Michel Martelly’s chosen successor derailed the runoff in January. It was postponed for the first time in December. An accord negotiated in early February called for a rescheduled runoff to be held April 24.

Next post Senegal takes in two Libyan prisoners from Guantanamo