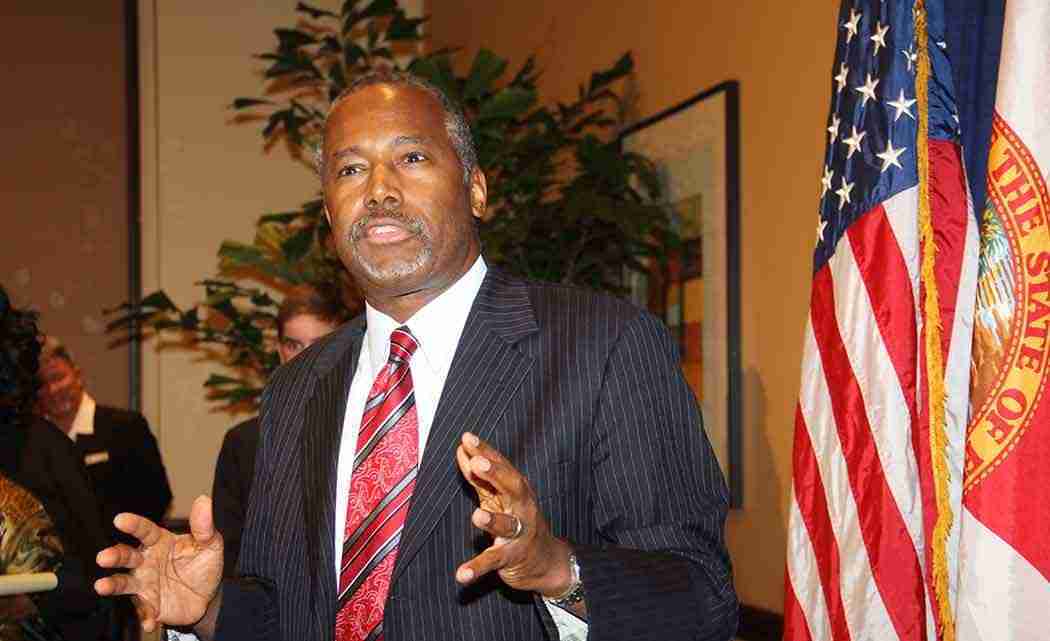 If ever there was a love affair between Dr. Ben Carson and the media, it’s clearly over now. The media scrutiny of the presidential candidate’s life story has ramped up several notches since he became the Republican presidential nominee front- runner over Donald Trump — beating out the businessman in several polls. But Carson is swinging back at the press, as demonstrated last Friday during a contentious press conference at the PGA National Resort in Palm Beach Gardens, prior to the Black Republicans’ Diamonds and Ice Scholarship Gala held there. Carson was occasionally combative and became agitated as he was thrown a barrage of questions from scores of reporters, who mainly questioned him about a purported scholarship offer from the U.S. Military Academy at West Point, N.Y., and also about his violent temper as a teen.

Several reporters sought clarity from the retired neurosurgeon; citing discrepancies in his accounts of both issues. Carson says he stands by his accounts of his past – that he indeed received what he believed to be an offer to West Point, although the prestigious military academy offers no actual scholarships. Cadets are nominated to the academy by certain top officials and their tuition is paid.

Carson also said he, indeed, had bouts of violence as a youth, including attempting to stab a friend, and also attempting to hit his mother in the head with a hammer. He says God transformed his life and he was freed from his violent past. Many press outlets appear skeptical about his claims of violence.

Until recently, Carson seemed to get little scrutiny from the media. But certainly, that has now changed. At the gala press conference, Carson said reporters are on a “witch-hunt” and they want to find a way to “tarnish” him, he told the dozens of reporters and camera persons surrounding him. “They have been looking through everything. They have been talking to everyone I’ve ever known. There’s got to be a scandal,” he said sarcastically. “They are getting desperate, so next week it’ll be my kindergarten teacher who said I peed in my pants. I mean, it’s ridiculous!” he exclaimed.

But in an interview with the South Florida Times, Michael Steele, former chairman of the Republican National Committee, who is also black, said the media comes after anyone who is on that level – running for the highest office in the land. Steele said it’s to be expected. “This is what happens when you move to the center stage,” Steele said.

But clearly, Carson seemed relieved during the press conference when he was asked questions other than about his past. South Florida Times publisher, Robert Beatty, Esq. asked Carson about the issue of black on black crime. Carson readily answered Beatty, saying that clearly black on black crime is a huge problem, but he’s not surprised it’s so rampant. “Kids are not growing up in stable homes these days,” he said, which has clearly contributed to the destruction in the black community. Steele also spoke to the issue of black on black crime during our interview with him. “I don’t see the rallies when we kill our own,” he pointed out. “I’d like to see that same kind of outrage,” Steele said.

Beatty also asked Carson if God is a missing factor in the problems we’re facing today. “Obviously I feel that faith is important. I do believe it’s a huge factor that is missing,” he said.

Carson also invoked his faith numerous times as he addressed the audience later at the gala. He said it was God, who gave him signs he should run for president. Carson said after 36 years of practicing medicine and after 15,000 operations, he thought he was going to retire and relax. “Sometimes the Lord has plans of His own. He (God) has just flung the doors wide open and I walked right through them!”

Overall, Carson’s message before the audience was self-sufficiency. “I’m interested in building a ladder where people can climb out of dependency. I hated poverty as a child,” he recounted. But Carson said he didn’t feel the same way about poverty after he learned he could do something about it. “The person who has the most to do with what happens to you, is you. We are Americans. It is the greatest country that ever existed. We have to stop being afraid to stand up!”

Throughout the evening, countless individuals took to the stage and applauded Sean P. Jackson, Chairman of the Black Republican Caucus of South Florida for putting on a spectacular scholarship gala. Proceeds from the event will send deserving minority students to college.

Actress Stacey Dash was Mistress of Ceremonies. She told the crowd she looks forward to the day when the Republican Party is not separated as “Black Republicans.” “I’ll be glad when our party is known as just “Republicans” and not divided by race,” the actress said.