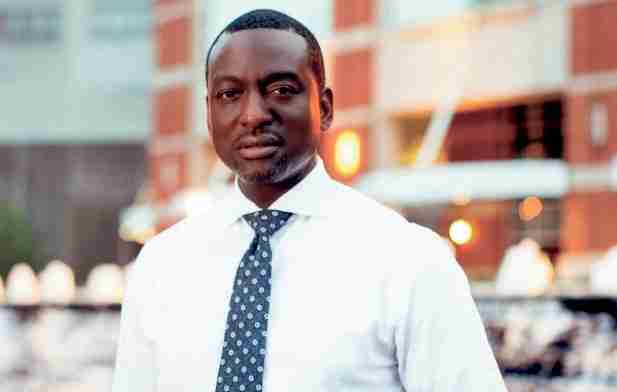 Riviera Beach Fla. – Before his life intersected with this cruel world, Yusef Salaam—now Dr. Yusef Salaam, was just a kid hoping one day to follow his dreams of being a hip-hop artist, poet and a graphic artist and designer.

But then in April of 1989, life changed. At the tender age of 15, Salaam was thrust into a cold, hard existence when a white woman was brutally raped and left for dead while jogging in New York’s Central Park. Five Black and Latino boys were implicated in the assault and spent from seven to 13 years behind bars. They became known as the Central Park Five.

Dr. Salaam was in Palm Beach County recently and spoke candidly about his experience as a member of the Central Park Five, and how that fate changed his life, and how life changed again as they are now known as The Exonerated Five. The real rapist confessed in 2002. None of the teens’ DNA was linked to the woman and after years of being falsely accused, they were exonerated, and their convictions vacated.

Dr. Salaam seemed compelled to come to South Florida for the history making unveiling of a Black Lives Matter mural, the ﬁrst of it’s kind in the parking lot of New Macedonia Missionary Baptist Church in Riviera Beach. It was also the ﬁfth anniversary of the killing of church drummer and motorist Corey Jones, who was killed by an ofﬁcer as he waited for a tow truck off I-95 in Palm Beach Gardens in 2015. It was also the day before early voting started in Palm Beach County.

Dr. Salaam believed it was important to be there, as family members of recent murder victims in the Black Lives Matter movement were also on hand. Knowing ﬁrsthand the unjust criminal justice industry and system, amazingly he remains hopeful for today’s youth.

Dr. Salaam has written a book entitled, “Punching the Air,” which he hopes will inspire all generations. The book is based on some of his life experiences. Today, not only is he an author, also, he has a clothing line, a jewelry line, has earned an honorary doctorate degree, and was awarded a lifetime achievement award by President Barack Obama in 2016. He has committed himself to advocating and educating people on the issues of false confessions, police brutality and misconduct, press bias, race and law, and disparities in the American criminal justice system.

“After speaking with him, it was a truly humbling experience because I realize there’s so much more I should and could do. He makes me want to do more,” said Lawson, who spearheaded an event last year in which he presented the series “When They See Us,” at Riviera Beach parks followed by a community conversation. The ﬁlm followed the Central Park Five and was produced by Ava Du Vernay, Oprah Winfrey and Robert De Niro.

Bishop Thomas Masters, who hosted the event, and one of the Dr. Salaam’s ardent supporters, said Dr. Salaam is proof that any obstacle can be overcome. “It’s remarkable that He went from Calvary to Resurrection and from a cross to a crown. You can overcome any obstacle you put your mind to. Dr. Salaam has done just that.”

Dr. Salaam, meanwhile, says he is inspired by today’s youth who are out protesting. “We are trying to infuse the seeds of greatness inside all of us. This event speaks to our young people.”