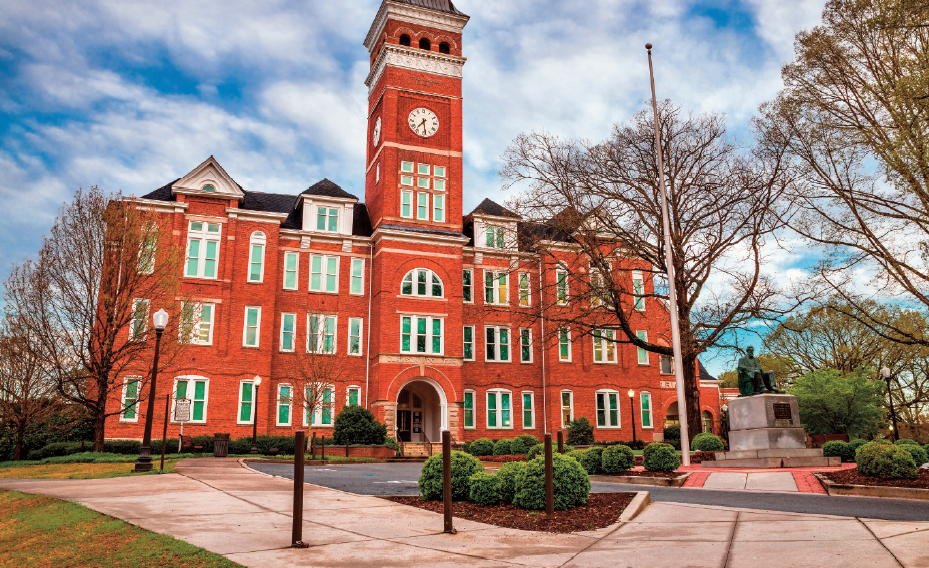 CLEMSON, S.C.- A task force of Clemson University trustees has several suggestions for the university to better tell the story of its history, but says it can’t change the name of a main building on campus named for a segregationist governor.

In the report released Friday, the group said only the Legislature can change the name of Tillman Hall, named for former South Carolina governor and university founder “Pitchfork” Ben Tillman.

Tillman bragged about helping to organize a lynch mob that killed seven black Republicans to intimidate others from voting in 1876.

The report said Clemson needs to do a better job discussing the dark side of its founder and how the school grew on the site of a large plantation.

“History holds for us many lessons and one of them is that every great institution is built by imperfect craftsmen. And so it is with Clemson University. Our beginnings reflect both a soaring vision and tragic flaws. In short, it is the history of us, unchangeable, and worth the telling,” the task force wrote in its report.

Among the suggestions from the group was updating biographies of its founders to give their full stories, creating a webpage to tell the university’s history, including its role in segregation, and building a museum to chronicle Clemson’s past.

Clemson also needs to do a better job honoring Harvey Gantt, the first black student to attend Clemson in 1963, and establish a history week, the report said.

The task force sent its recommendations to Clemson University President Jim Clements to implement them.

The task force spoke to about a dozen groups and received nearly 200 recommendations from its website.

Next post Preserving Black History: We’ve got the whole world in our hands