Clinton the nurturer versus protege 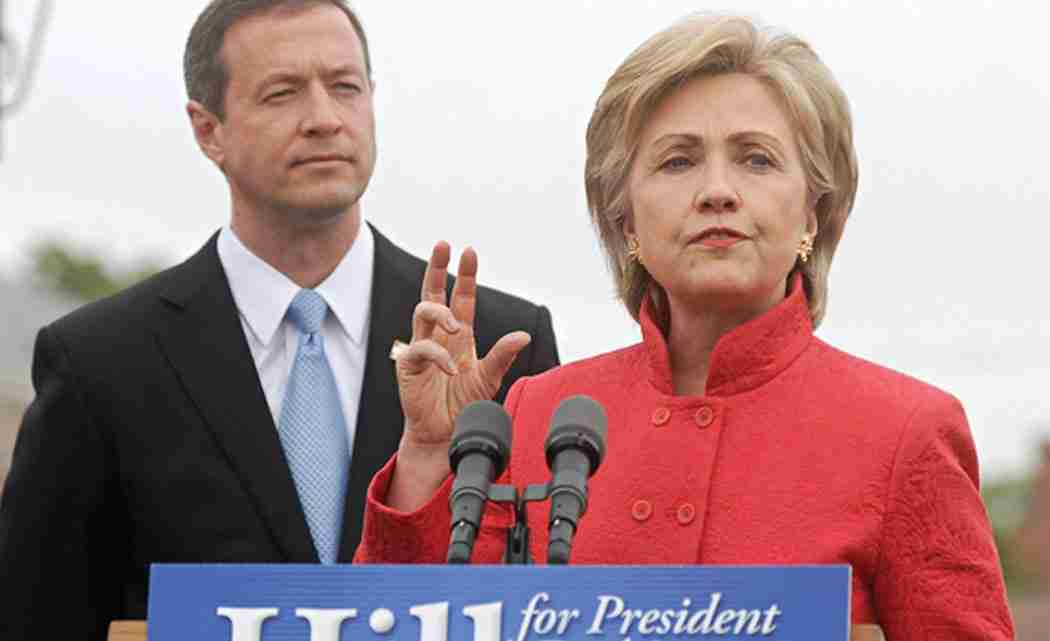 WASHINGTON — More than a decade ago, Bill Clinton spotted a political star in the making, someone he predicted would go from a big-city mayor to a national leader – maybe even to the White House. “I won’t be surprised if you go all the way,” Clinton wrote in a 2002 letter to Baltimore’s mayor, Martin O’Malley.

In the years that followed, Bill and Hillary Rodham Clinton showed up time and again as their young ally gained stature as governor of Maryland, hosting fundraisers, headlining rallies and connecting him to their sprawling network of political donors.

Now, O’Malley is just days away from walking down the path Clinton laid out for him more than a decade ago, as he prepares to announce his presidential campaign in Baltimore on May 30. And that means transforming himself from one of Hillary Clinton’s most loyal supporters into her chief adversary for the Democratic nomination.

“It’s certainly been a long and friendly relationship,” said Steve Kearney, a former O’Malley aide. “Times change. He clearly thought she was the best candidate in 2008. We’ll find out whether that remains true today.”

O’Malley quickly endorsed Clinton in her nomination contest with Barack Obama, raised at least $500,000 for her from Maryland donors when he was governor, defended her on cable news and traveled to New Hampshire to campaign for her.

“If I can, I will help her, wherever I can, whenever I can,” O’Malley said then.

Today, O’Malley says that while he maintains “tremendous respect” for the Clintons, Democratic voters deserve more than a coronation. “What would be more awkward is if no one were willing to compete for the Democratic party’s nomination for president,” he told NPR last month. “That would be an extreme poverty indeed.”

Hillary Clinton, who last spoke to O’Malley in October at a Maryland campaign rally, and her advisers remain reluctant to comment on O’Malley’s candidacy. But some longtime supporters see his bid as an opportunistic maneuver to remain relevant, after his hand-picked Democratic successor lost the governor’s race last year in heavily Democratic Maryland.

“Martin O’Malley is certainly not the first person who has turned against her and who she helped enormously,” said Stella O’Leary, a Democratic activist whose relationship to O’Malley dates back to the early 1990s when she hired the young man – who fronts a Celtic folk band – to perform at a birthday party for former Minnesota Sen. Eugene McCarthy. “I don’t know how she doesn’t lash out and start screaming.”

Some who question his motives also think the challenge could benefit Clinton by giving her a debate sparring partner – as long as O’Malley avoids tough hits on her finances, family foundation and character.

In the waning days of the Clinton administration, O’Malley was starting his first term as mayor. During one of their earliest meetings, at the 2000 NAACP Convention in Baltimore, the Irish-American mayor asked to be included in a White House delegation going to Northern Ireland later that year. He scored a last-minute invite, joining many of Clinton’s top political aides and fundraisers on the trip.

Others in that delegation remember O’Malley for his musical talents. At one stop, as they waited in a pub for the notoriously late president, O’Malley and New York Rep. Joe Crowley pulled out their guitars and entertained the group with renditions of traditional Irish songs.

“Next thing I know we almost forgot all about the president,” said Brian O’Dwyer, a New York lawyer and Clinton friend who’s active in Irish-American issues. “It was a terrifically warm trip.”

Years later, O’Malley would tap the connections he made on that trip to aid his political rise. During his first campaign for governor, Elizabeth Frawley Bagley, a top Clinton donor who met O’Malley on the Ireland trip, held a fundraiser for him at her Georgetown home. In Manhattan, lawyers at O’Dwyer’s firm started a group called New York Irish for Martin O’Malley. And O’Leary’s political action committee, Irish American Democrats, made campaign contributions.

O’Malley’s relationship with the Clintons deepened as he became more involved with the Democratic Leadership Council, a centrist group that helped craft much of Bill Clinton’s policy agenda. After the 2001 terrorist attacks, he worked with Hillary Clinton, then a New York senator, on homeland security issues.

When O’Malley faced a tough race for governor in 2006, the Clintons held fundraisers and starred at rallies for him. In the final days of that race, Bill Clinton answered pleas from O’Malley aides to appear in a campaign ad – stopping in an airport to tape an endorsement of his “good friend.”

O’Malley maintained his ties to Bill Clinton as he prepared for a presidential run. Last year, O’Malley tweeted a photo of himself with the ex-president at a New York book party, and flew to Denver solely to appear with him at the Clinton Global Initiative.

Some friends of all three don’t see malice in O’Malley’s ambitions, but also don’t feel conflicted. “It’s not that I love Martin any less but I love Hillary more,” said O’Dwyer. “She was a partner in bringing peace to Ireland. That type of loyalty is hard to ignore.”