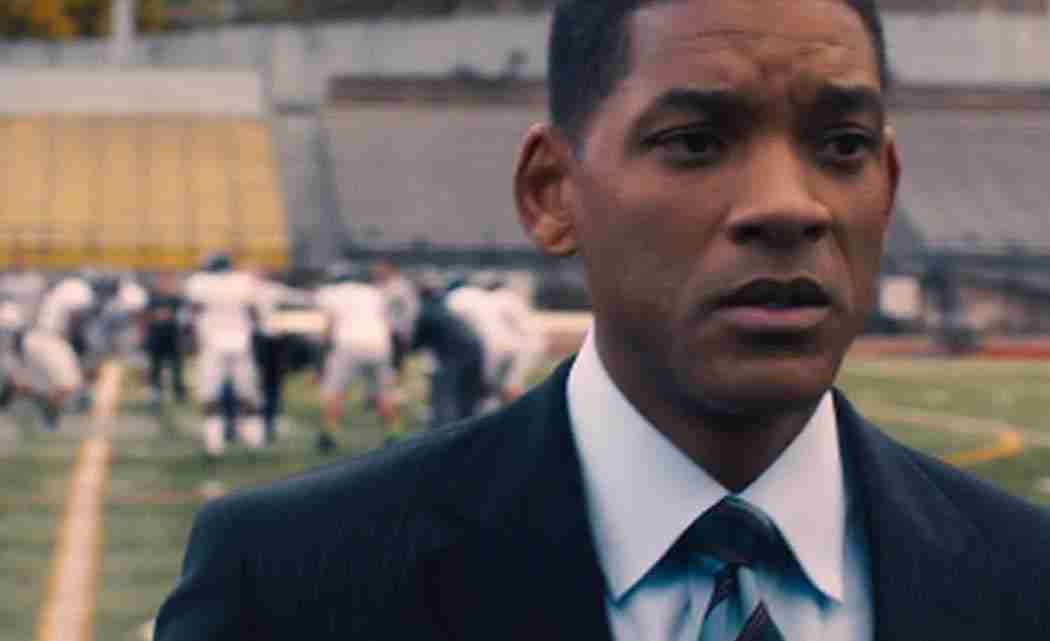 BOSTON — In the trailer for the movie Concussion star Will Smith says: “I found a disease that no one has ever seen.”

It’s a claim the real-life doctor portrayed by Smith, forensic pathologist Bennet Omalu, has himself made for years, giving a detailed description about how he came to name that disease “chronic traumatic encephalopathy.”

But Omalu neither discovered the disease nor named it, according to scientific journals and brain researchers who were interviewed by The Associated Press. And though no one doubts that Omalu’s diagnosis of Pittsburgh Steelers center Mike Webster was pivotal in understanding the dangers of football, fellow researchers and a medical ethicist say Omalu goes too far when he publicly takes credit for naming or discovering CTE.

“It’s just not true, and I think he knows that,” said William Stewart, a neuropathologist at Queen Elizabeth University Hospital in Glasgow, Scotland.

“Chronic traumatic encephalopathy has been around for decades. It’s not a new term,”Stewart said. “The only thing I would say that Bennet has done is that he identified it in an American footballer.”

In a telephone call to the AP on Thursday, Omalu angrily defended his work and attributed the criticisms to “people historically who have made a systematic attempt to discredit me, and to marginalize me.”

“This is totally false. And write that in a big font, that it is totally and completely false,” he shouted into the phone. “There is a good deal of jealousy and envy in my field. For me to come out and discover the paradigm shift, it upset some people. I am well aware of that.”

Sony Pictures, which will release Concussion on Christmas Day, issued a statement on Thursday that also noted “competing interests and agendas” in the field.

“It is not surprising that there are those that are still trying to undermine Dr. Omalu’s work,” Sony Pictures spokeswoman Jean Guerin said. “What is beyond dispute is that Dr. Omalu’s discovery shined a light on a reality that the NFL ignored for too long and continues to play out every Sunday.”

With its marquee star and holiday release, Concussion is certain to revive that debate. Dozens of former football players have been posthumously diagnosed with CTE after descending into lives of depression, alcohol or drug abuse, violent behavior and even suicide.

And what is also beyond dispute is the personal struggle Omalu went through after the NFL sought to discredit his research rather than confront the threat to the long-term health of its players.

But the new complaints about Omalu are not from the league and its supporters, they come from fellow researchers who say he is claiming credit he doesn’t deserve. This time, the quarrel seems to center on what it means to discover a disease, and what it is to name it.

In the PBS documentary “League of Denial,” Omalu also claims credit for discovering and naming the disease.

“Name it a disease; give it a name. Present it as a disease; package it,” said Omalu, who has a business degree along with his medical credentials. “‘Chronic’ means long-term. ‘Traumatic’ means it’s associated with trauma. ‘Encephalopathy’ means a bad brain. So I had both ends covered.”

At the time of Webster’s autopsy, though, the disease had been known by that name for decades.

Originally studied in boxers in the 1920s as dementia pugilistica, the seminal work on the disease came from British neurologist Macdonald Critchley, who in 1949 wrote a paper entitled: “Punch-drunk syndromes: the chronic traumatic encephalopathy of boxers.”

By Webster’s death on Sept. 24, 2002, the disease had been diagnosed not just in individual boxers but in rugby and soccer players, epileptics and others with illnesses that resulted in head-banging, and an alcoholic circus clown who was knocked unconscious a dozen times as the subject of a dwarf-tossing routine.

“(Omalu) must know that this pathology existed for many decades before,” Stewart said. “Otherwise he wouldn’t know what to be looking for.”

Asked to specify precisely what his discovery was, Omalu told the AP: “The pathology of CTE in a football player had not been known before I described this disease.” He said that he was also the first to diagnose it in a wrestler and in a military veteran.

And he defended the claim that he named it.

Omalu said he picked CTE from several previously existing terms that had been used to describe traumatic brain injuries “for the purposes of precedents, so that nobody would accuse me as a radical.”

Using the three words with their acronym, he said, was more of a branding exercise – “making it a proper noun” – than scientific nomenclature.

“What I did there is not medicine,” Omalu said. “It’s business management.”

Arthur Caplan, the director of medical ethics at the NYU school of medicine, said publicly exaggerating one’s contributions is “troubled,” but not enough to disqualify the underlying research.

“It would be unethical not to acknowledge the work that came before. It’s certainly un-collegial,” Caplan said. “You could certainly say, ‘I took the ball further down the field.’ But you certainly don’t say, ‘There’s nothing, and then I appeared.’”

Omalu also insisted that he has properly credited his predecessors, both in scientific papers and in public.

Regardless of who first discovered or named CTE, Omalu’s diagnosis in an NFL player popularized the terminology and garnered attention that no boxer’s brain ever had. Soon, doctors, sports officials and media to begin treating concussions as a serious health risk.

Most sports leagues from the NFL to youth soccer now have concussion protocols that had never been contemplated before Omalu – and, to be sure, other brain researchers – began publicizing the often devastating tales of life with the battery of symptoms generally known as post-concussion syndrome.

That’s when it started taking traction, when it was noted in professional football players,” said Barry Jordan, the chief medical officer for the New York State Athletic Commission and an Associate Professor of Clinical Neurology at Cornell’s Weill Medical College. “That in and of itself was monumental.”

And that’s why, Caplan said, the NFL is unlikely to get a reprieve from any dents in Omalu’s reputation.

“I think it’s more an internal, ethical issue for scientific research. It isn’t that anything’s wrong or falsified,” he said. “All it shows is that the NFL potentially had more reason to be concerned about this because there was research in the literature before he showed up.”

Next post Use your smart phone to help reach financial resolutions