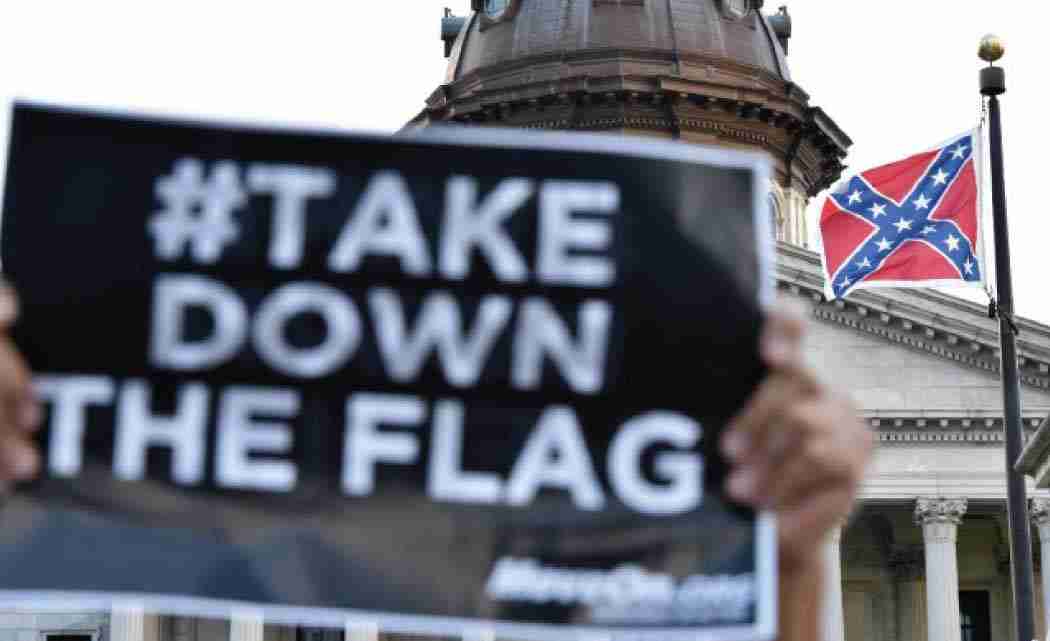 WASHINGTON — Former Massachusetts Gov. Mitt Romney called for the immediate removal of the Confederate battle flag from outside the South Carolina Statehouse, scrambling the 2016 Republican presidential contenders into staking a position on a contentious cultural issue.

Some still steered clear from the sensitive debate, even after the shooting deaths of nine people in a historic African-American church in Charleston further exposed the raw emotions about the flying the flag.

Many see the Confederate flag as “a symbol of racial hatred,” the GOP’s 2012 presidential nominee tweeted on Saturday. “Remove it now to honor (hash) Charleston victims.”

Romney joins President Barack Obama and civil rights leaders in calling for the flag to come down as the nation grapples with Wednesday’s murders. The man charged with the crimes, Dylann Storm Roof, held the Confederate flag in a photograph on a website and displayed the flags of defeated white-supremacist governments in Africa on his Facebook page.

So far, most of the Republican Party’s leading 2016 presidential contenders have been silent on flying the Stars and Bars.

South Carolina was the last state to fly the Confederate battle flag from its Capitol dome. A compromise in 2000 moved the flag to a 30-foot flagpole elsewhere on Statehouse grounds, where it has been flying at full staff.

The debate holds political risks for Republicans eager to win over South Carolina conservatives who support the display of the battle flag on public grounds. The state will host the nation’s third presidential primary contest in February, a critical contest in the 2016 race.

Former Florida Gov. Jeb Bush said Saturday his position is clear: “In Florida we acted, moving the flag from the state grounds to a museum where it belonged,” he said in a statement provided to The Associated Press, referring to his 2001 order to remove the Confederate battle flag from atop the historic Old Capitol building.

“Following a period of mourning there will rightly be a discussion among leaders in the state about how South Carolina should move forward, and I’m confident they will do the right thing,” Bush said.

Former technology executive Carly Fiorina said she agrees the flag is a “symbol of racial hatred” yet declined to call for its removal, saying her “personal opinion is not what’s relevant here.”

Texas Sen. Ted Cruz said the last thing the people of South Carolina need is “people from outside of the state coming in and dictating how they should resolve it,” Cruz said in a statement provided to The Associated Press.

He said he understands both sides of the debate – including those who see the flag as a symbol of “racial oppression and a history of slavery” and “those who want to remember the sacrifices of their ancestors and the traditions of their states – not the racial oppression, but the historical traditions.”

Both Wisconsin Gov. Scott Walker and Ohio Gov. John Kasich ignored questions about the flag posed by reporters over the last 24 hours. Spokesmen for most of the other Republican presidential contenders also either ignored such questions or formally declined to comment. They include Louisiana Gov. Bobby Jindal, former Arkansas Gov. Mike Huckabee, and Sens. Rand Paul and Marco Rubio.

Democrats have been more willing to offer their opinions.

A White House spokesman said Friday that Obama continues to believe the flag belongs in a museum. Democratic presidential contender Hillary Rodham Clinton has yet to address the issue this week, but in 2007 called for the flag’s removal, in part because the nation should unite under one banner while at war.