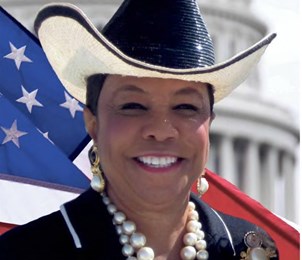 The Florida lawmaker was joined by several House members whose areas of interest and expertise will provide an important advantage as they assess whether the children’s educational, medical, mental health and other needs are being met. It will be the third tour of the Homestead shelter for Congresswoman Wilson, who also has in the past year visited Casa Padre and Casa Presidente in Brownsville, Texas, and the His House Children’s Home in Miami Gardens.

Since the start of the Trump administration’s inhumane family separation policy, Congresswoman Wilson has been extremely concerned about the adverse impact it will have on children now and in the future. She has, however, been especially worried about the welfare of the female child migrants, who for a while were not seen in any footage about the crisis.

“After traveling all the way to South Texas to locate the girls separated from their parents and trapped in detention facilities, I was very surprised to locate them just outside of my congressional district. I strongly believe that these young migrant girls, whose plight has generally been ignored by the national media, need to have a greater focus placed on their physical and emotional well-being