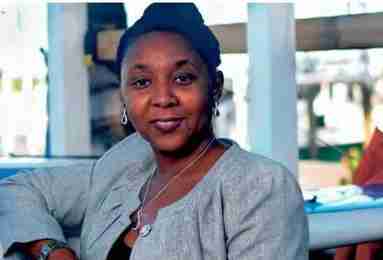 Riviera Beach, Fla. – Riviera Beach Councilwoman KaShamba Miller Anderson, District 2, may not have been on the council very long, but she has made it clear she is not accepting wrongdoing from anyone. Miller Anderson made a motion to suspend long time city manager, Ruth Jones, after Jones knew, but failed to inform the council that tests revealed the city’s water had too much bacteria and the city had to pay fines. On May 4, the council voted unanimously to suspend Jones for 30 days without pay for her actions.

Miller Anderson learned about the water crisis from a reporter –and that made her angry. “I feel this is an issue that impacts the quality of life and there was a blatant disregard to inform the public and elected officials.

This information was first instated Miller introduced to me by a news reporter,” Anderson. She said. “those involved should have consequences because there was a blatant disregard of the public and there was neglect in duty.”

City Attorney Pamela Ryan is also on the hot seat because she too, was aware of the water problem and did not report it to the council. “I would not rule out any recommended consequences for Ms.Ryan if she is found to have had full knowledge and neglected her duty as our city attorney,” stated Miller Anderson.

The city has had a history of water problems dating back years.

But most recently it came to light after a news reporter did an investigation and consequently informed Miller Anderson of the recent testing and fines.

For years the health department has said the city’s water had too much bacteria in it, and Riviera Beach has been forced to pay tens of thousands of dollars in fines. The city’s water utility director was fired recently over the current problem. But now, city officials claim the water is safe to drink. Mayor Thomas Masters asked for a glass of tap water at a recent meeting and drank it to prove he believes it is now safe. The health department says it is safe to drink the water, as well as to use it for bathing and cooking.

But it is the failure to notify the council that has council members up in arms. “To me, it was unconscionable that we were not notified,” said council woman Dawn Pardo. Miller Anderson even alluded to a cover-up. “If we have people in positions who are concealing information, covering up information, hiding information, how can we move forward as a city?” said Miller Anderson.

But Jones maintains she did nothing wrong — at least not intentionally. She defended her actions. “I was not trying to hide, sabotage, cover- up, and any of the other phrases that have been used,” she said to the council. Jones said she had planned to tell the council about the issue at the next meeting but never got the chance.

A subsequent meeting had been canceled, so she said she never had the right opportunity to inform them. But the council members said due to the severity of the problem and the possibility of the city residents being harmed — Jones should have found a way to inform them. In the end, Jones said she would accept whatever penalty they handed her. She is currently undergoing her suspension without pay.

City Attorney Pamela Ryan said she too, did nothing wrong and was working within her bounds as city attorney.

But Miller Anderson said she does not believe they can regain her confidence. “I’m not certain if they will ever be able to regain my confidence in them because of the blatant and egregious actions that have been displayed.”

Next post Massive Alberta wildfire expected to burn for months