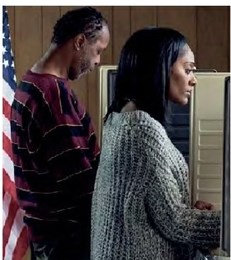 NASHVILLE, TN – Judge Aleta A. Trauger issued an opinion granting a preliminary injunction in Tennessee N.A.A.C.P v. Hargett, enjoining a new Tennessee law that threatens criminal and civil penalties on civic engagement organizations that conduct voter registration drives, both informal and formal, at local community events. The law places a range of restrictions—including requiring plaintiff organizations to preregister with the state prior to each voter registration drive in which they attempt to collect more than one-hundred registration applications, swearing an oath that their ofﬁcers intend to follow the law, requiring that volunteers conduct state-mandated training, and imposing a 10-day return deadline after forms are collected—or face criminal penalty.

“There was no justiﬁcation for the comprehensive burdens placed on groups and organizations that are focused on addressing staggeringly low registration rates across Tennessee,” said Kristen Clarke, president and executive director of the Lawyers’ Committee for Civil Rights Under Law. “The Court’s decision is important and will have immediate impact because it relieves unnecessary burdens imposed on organizations that have been actively working to register people to vote in low-income communities across the state.”

Clarke continued: “It is also important to note that the voter registration process involves more than completing forms; it also involves interactive engagement with the public to help underscore the importance of participating in the political process. The law implicated the First Amendment rights of free speech and free association. The Court’s decision makes clear that the state’s law runs contrary to the core principles underlying the First Amendment.”

Tennessee’s law also imposes ﬁnes of up to $10,000 where organizations submitted a certain number of “incomplete” forms, and it places additional criminal penalties on organizations that do not include a mandatory disclosure on public communications regarding voter registration applications. In granting plaintiffs’ motion for a preliminary injunction, Judge Trauger ruled that these provisions were vague, placed onerous burdens on plaintiff organizations, and chilled their ability to engage in core protected First Amendment speech and associational activity. Judge Trauger stated, [i]f Tennessee is concerned that voter registration drives are being done incompetently, it can engage in public education efforts without relying on a complex and punitive regulatory scheme. If it is concerned that the drives are being done fraudulently— for example, by a person or organization collecting forms and never turning them in—it can punish the fraud rather than subjecting everyone else to an intrusive prophylactic scheme that true bad actors would likely evade regardless.”

“We are ecstatic that the Court ruled in our favor and stopped the law in its tracks. This means that volunteers can move forward and feel free to continue registering people to vote without fear of huge ﬁnes or being charged with a crime. Thanks to the Judge’s decision, we will be free to help others become a part of the democratic process through registration and voting,” said Gloria Sweet-Love, president of the Tennessee N.A.A.C.P.

“We are overjoyed by the court’s decision to block the State’s oppressive voter registration law. Registering voters is a noble act and should be conducted without fear of intimidation or retaliation from our government. We applaud the judge’s ruling and look forward to getting back to the necessary work of registering Black voters and advocating for their voting rights,” said Charlane Oliver, president of The Equity Alliance.

Next post Local minister breaks glass ceiling and chronicles her