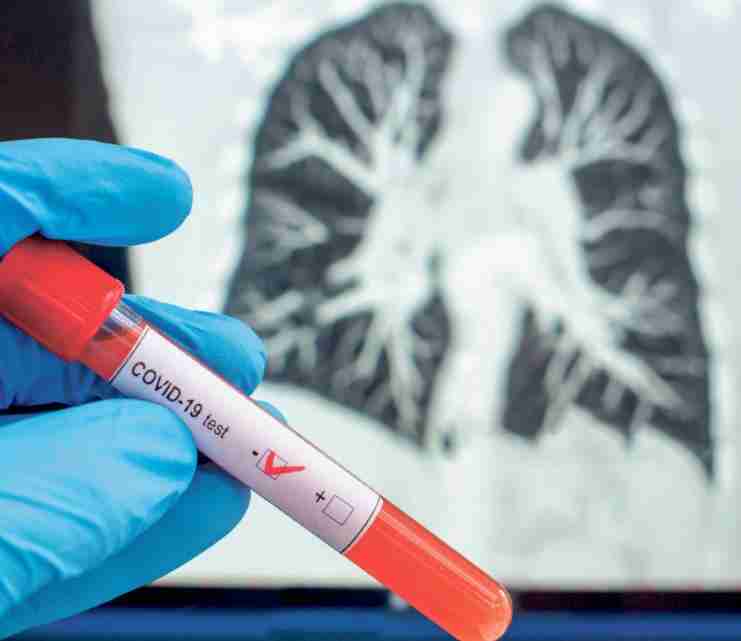 FORT LAUDERDALE, Fla. – When it comes to social justice, criminal justice, economics – you name it, the black race lags behind.

Today, while the nation is at a deﬁning moment with the worst pandemic in our lifetime, the black race is yet again left behind. The coronavirus, we have learned, hits people of color the hardest and kills blacks more often. Yes, COVID-19 disproportionately affects black and brown people in the worst way.

Dr. Sherita Hill Golden, M.S., M.H.S., vice-president and chief diversity ofﬁcer for Johns Hopkins Medicine, says in addition to health disparities, there’s social injustice, employment, living arrangements, stress, lack of insurance and more at play. All these factors together lead to a lethal dose of COVID-19 – taking us out in horrifying numbers.

In Louisiana, where blacks make up only 33 percent of the population, they account for 70 percent of the COVID19 deaths, according to a New York Times report. It is nearly the same in state-after-state. Even in Florida COVID-19 deaths are higher among blacks. According to the Florida Department of Health, Miami-Dade and Broward counties are trending far more COVID-19 deaths among blacks than any other group.

Eric Kelly, president of the Quantum Foundation, which has funded testing sites in underserved communities, along with Federally Qualiﬁed Health Centers, says his organization conducted their own research to determine which areas needed most help ﬁghting COVID and the results were eye-opening. They are not surprised the communities were black communities; it’s how these people landed in this position that is startling.

“Our strategic plan is that we will address the root causes of health inequalities that are economic, educational, social, and racial in nature. COVID-19 highlighted long-standing racial inequities and disparities," he stressed.

Kelly solicited his friend and former NFL superstar Anquan Boldin, a South Florida resident, who gladly joined him in this effort. Boldin was tested at one of Kelly’s pop-up sites in the inner city in Delray Beach, allowing television cameras to ﬁlm his test, underscoring the importance of testing. Both men indicated the need for the testing to come to the people rather than trying to get the people to faraway testing sites.

West Palm Beach Mayor Keith James is passionate about the issue and several weeks ago during a televised news conference he was adamant there needed to be more focus and testing in the black community. He blasted his own county, which he says now "gets it." He too, has partnered with Quantum Foundation and Foundcare to bring testing to the inner City. "Many people don’t have the ability to get to these remote testing sites, so we have to bring the testing to them." The Healthcare District is now bringing a mobile testing bus to various underserved communities as well, a response to his outrage. When asked if he’s now pleased with the various efforts, he was measured. "I’ll never be pleased, but I’m feeling much, much better."

The locals seem to be doing their part to address the virus, but on the national level, there’s been much criticism. Recently former President Barack Obama criticized President Donald Trump’s handling of the pandemic as "chaotic." And the U.S. Surgeon General, Dr, Jerome Adams, who is black, came under ﬁre when he admonished black folks to stop drinking, smoking, and doing drugs in order to contain it. And Trump said it’s "very sad" that the virus is hitting the Black community so hard. But he offered no solutions.