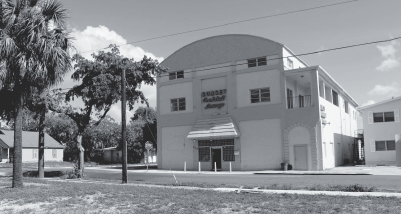 WEST PALM BEACH, Fla. – While the Community Redevelopment Agency of West Palm Beach knows for sure that property it owns around the Sunset Lounge will be demolished and a park of some sort will be built in the space, what type of park is up to the city’s residents.

Now that the keys to the Sunset Lounge were officially turned over to the city’s Community Redevelopment Agency (CRA), the organization will seek input from the community on how to proceed.

In addition to the Sunset Lounge, the CRA now also owns the apartment building on the east side of the lounge, as well as the entire square block in front of the lounge. That block, which includes several other apartment buildings slated for demolition, will be a public park, said CRA Executive Director Jon Ward. What goes in that park will be up to the neighborhood.

Beginning soon, the CRA will use money from the Knight Foundation to reach out to residents and hear what they want to see in the park. Some ideas include outdoor stages, tributes to African-American musicians who played at the Sunset Lounge or perhaps spaces for restaurant start-ups or food trucks.

Among the questions to be asked: How large should the park be? What type of activities should be there? What is the look and theme of the park?

“This is an exercise in place making in every sense of the word,” said Ward. “We will create a real destination for residents and city visitors alike. This will be a true extension of our downtown.”

In addition to renovations outside the lounge, the CRA will also be rehabilitating the inside of the lounge to once again create a premiere music hall.

The total purchase price for the Sunset Lounge and surrounding properties was $2.4 million dollars; and the CRA is setting aside another $3 million dollars for all the neighborhood and lounge rehab.