Cruz eyes insurance via Obamacare, a law he “hates” 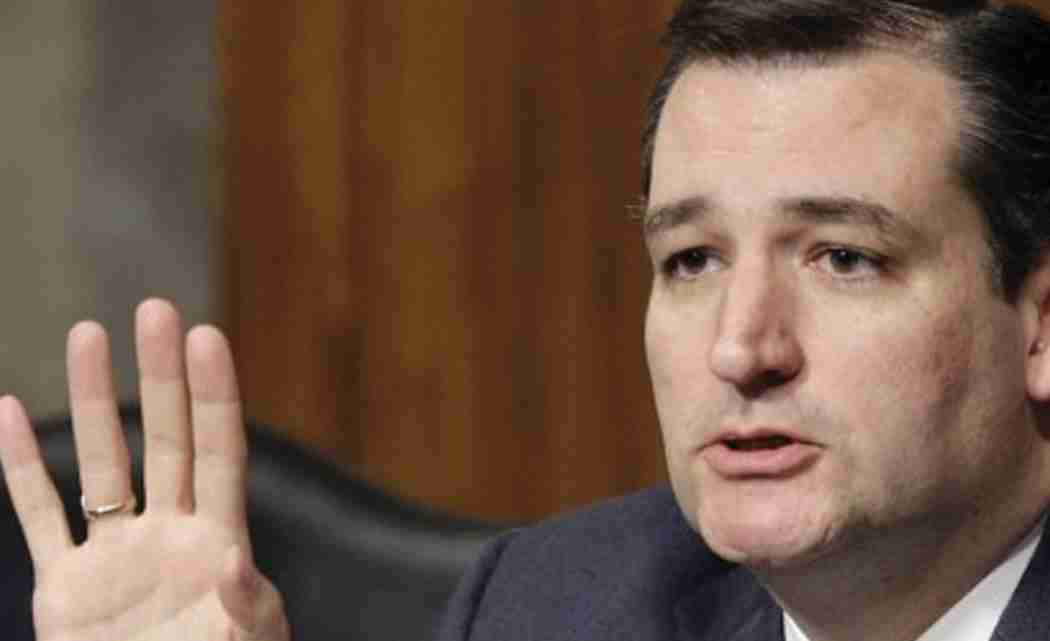 WASHINGTON — GOP presidential candidate Ted Cruz could soon be buying his family’s health care coverage through the Affordable Care Act he has vowed to dismantle.

Cruz, whose Senate filibuster against the law he derides as “Obamacare” led to a partial government shutdown in 2013, is looking for health insurance because his wife, Heidi Cruz, took an unpaid leave from her job in the Houston office of Goldman Sachs as Cruz announced his presidential bid.

That meant the family would soon lose access to health insurance through Mrs. Cruz’s job, triggering a need for the Cruz family to find a new policy.

The first-term senator from Texas said he is looking at options available on a health insurance exchange, or a clearinghouse of policies available to Americans who don’t receive coverage through their employers. Obama’s health care law created the exchange system.

Under an amendment to the law crafted by Sen. Chuck Grassley, R-Iowa, the government can only offer members of Congress and their staff health care insurance that’s sold through an exchange.

“We will presumably go on the exchange and sign up for health care, and we’re in the process of transitioning over to do that,” Cruz said in an interview with The Des Moines Register.

Cruz could go without insurance, or his family could get its coverage directly from an insurance company at what would likely be a far higher rate than is available via an exchange. Doing so would mean Cruz would not get the contribution from his employer to help offset the full cost of his coverage.

Asked about his plans for health care insurance on Tuesday, Cruz’s staff initially pointed reporters to his interview with the Register. Several hours later, Rick Tyler, a Cruz spokesman, said Cruz and his family had not yet settled on an option or the financial implications of such a choice.

“Let’s let them make a decision on what coverage they’ll get before we start speculating on every variable,” Tyler said.

Cruz has been a vocal critic of the health care law and, in 2013, set in motion a partial government shutdown as part of a 21-hour filibuster that partially shuttered the government in an attempt to sever funding for the law.

In his campaign kick-off speech Monday, Cruz pledged to dismantle the law. His advisers said that remains his plan and pointed to his comments to the newspaper from Iowa, which hosts the lead-off caucuses in early 2016.

“I believe in 2017, a new president, a Republican president, will sign legislation repealing every word of it,” Cruz told the Register.

Democrats highlighted that Cruz is now enrolling in a program he frequently criticizes.

At the White House on Wednesday, White House spokesman Josh Earnest said he wanted to focus not on the apparent irony in Cruz’ situation but on the “common experience that it seems the Cruz family may be sharing in.”

Next post On the other side of the stethoscope