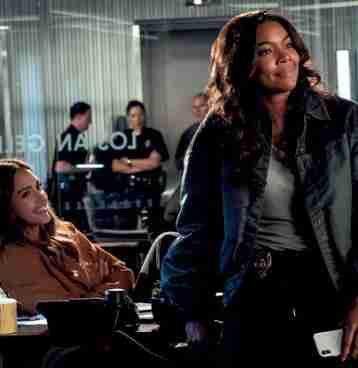 “Da 5 Bloods”: It’s always the right time for a Spike Lee joint and thankfully Netflix has his latest ready to debut Friday. Four veterans travel back to Vietnam to try to ﬁnd the remains of their squad leader in this ﬁlm that traverses decades and genres. Full of complex ideas, “Da 5 Bloods” is guaranteed to enlighten and provoke. Case in point? He’s made one of the veterans (Delroy Lindo) a Donald Trump supporter.

Chloe x Halle: The sophomore album from Chloe x Halle was originally supposed to be released last week, but the duo decided to push it back out to honor Black Out Tuesday and the music industry’s plan to turn off the music and take time to reflect and implement change in response to the death of George Floyd and the killings of other black people. “Ungodly Hour” will be released Friday and features a more grown-up side of Chloe, 21, and Halle, 20. The girls co-wrote, co-produced and engineered the album, which features the viral R&B hit, “Do It.”

Gabrielle Union, engaged in a battle with NBC over her ﬁring from “America’s Got Talent,” is ﬁrmly in control on “L.A.’s Finest,” the drama she produces and stars in with Jessica Alba. The series returns for season two on Spectrum, with the ﬁrst three episodes out Monday. To set the scene: detective Syd (Union) is searching for a friend’s killer, her partner McKenna (Alba) is dealing with marital woes, and then a crime wave hits.

Medical practitioners can be heroic with or without a pandemic to battle, as made clear in the docuseries “Lenox Hill,” shot before the COVID-19 crisis. Cameras follow two brain surgeons, an ER physician and an obstetrician at New York’s Lenox Hill Hospital as they pour their energies and dedication into their patients’ care while also tending to their own lives – a challenge that includes pregnancy for two of the doctors. The eightepisode series is out Wednesday on Netflix.