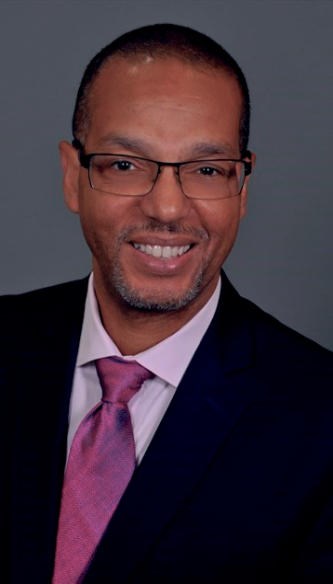 Miami – How does one go from getting a college degree in Accounting to making history in broadcasting?

That’s exactly what Darryll J. Green has done. The Rochester, New York area native was appointed vice-president and general manager of WFOR-TV, CBS News in Miami just about a month ago, making him the first Black general manager of a major television station in the Miami market. In fact, he’s not only head of WFORTV, he also heads up WBFS-TV as well as CBSMiami.com and CBSN Miami.

He’s ecstatic – not about making history, but because he loves the industry and that’s how he attributes his great success as a broadcast executive. “I love what I do,” said the soft-spoken new Miamian. “No two days are the same, and the pressure makes you stronger,” he said during a telephone interview Tuesday.

But he’s no stranger to leader-ship roles. He’s held the position of vice-president and general manager for a variety of TV stations, most recently at WFTX-TV in Fort Myers where he worked from 2017-2021. Prior to that he led a 16 group radio network, and his leadership didn’t even start there. You could say he was destined for greatness in the broadcast industry with a plethora of top management roles. And perhaps he really was destined for broadcast leadership…. but it didn’t start out that way. He actually got a bachelor’s degree in Accounting from St. John Fisher College and is a certified public accountant. But while working for Gannett as a senior auditor, a chance encounter as host of a Saturday radio show which came about after he was inspired at a Junior Achievement event, led to a path down what appears to be broadcast heaven. And the rest, as they say, is history. A stellar radio and TV career has given him a track record of increased ratings and broken revenue records wherever he planted his feet.

Now here he is today, making history and headlines in Miami after 30 years of success from D.C. to New York to Chicago and Florida. No doubt he’s on a path to continue making waves, and now he says he’s looking forward to being in the Magic City with its diverse cultures and racial and ethnic makeup – something he finds enlightening.

But as the world finds itself on a path of reawakening with racial tensions following the death of George Floyd last summer, and the examining of the plight of the Black male, how does this successful young man explain his rise to success as a Black man in America?

“I don’t think I’m unique. I was given opportunities. I think if given opportunities we will do well,” he pointed out. But he also stresses we’re in the midst of a pivotal time in America. “Now is such a challenging time….to see where the country is going to go….the voter suppression that’s going on, healthcare issues, employment. It’s a challenging time and I hope we can move forward.”

He also finds that ownership for African Americans in broadcasting has changed. He believes ownership opportunities for people of color are harder these days across the broadcast spectrum of Black media such as television, radio and Black newspapers. In addition he says the advent of computers, cell phones, tablets and modern technology has made the broadcast industry more competitive.

But still, despite it all he looks forward to his new foray in Miami. He has found that his ability to tune in and listen to his team as well as the community has given him a competitive edge. And bringing that winning formula to Miami should allow his new CBS family to shine just as he’s brought sunshine everywhere else.