Dave Koz and Friends rolling into town for holiday show 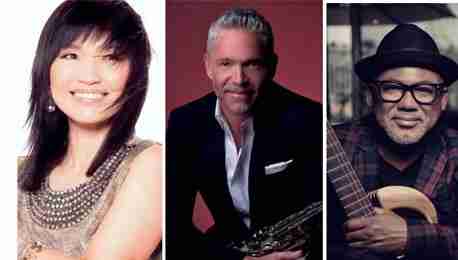 FORT LAUDERDALE – A sure sign that Christmas is just around the corner is knowing that legendary and Grammynominated saxophonist Dave Koz is bringing his 21st annual holiday tour to town. The show, which takes the stage at the Parker Playhouse on Tuesday, Nov. 27 at 8 p.m., features special guests pop/blues saxophonist/singer Mindi Abair, who will be making her first Christmas Tour appearance; South African guitarist/singer Jonathan Butler, who returns for another wonderful time; and Japanese keyboard sensation Keiko Matsui.

The tour has received nationwide critical acclaim since its 1997 inception and this year’s promises to bring fresh renditions of Christmas classics—as well as a Chanukah medley—and hits from Koz’s respective catalog.

The New York Times reported “By all rights, smooth jazz should own the holiday season, and the saxophonist Dave Koz is better positioned than anyone to make it so.”

Tickets are $43–$83 with $193 VIP Tickets that include a Q&A and photograph with Dave Koz. Buy tickets online at ParkerPlayhouse.com and Ticketmaster.com; by phone at 954.462.0222; in person at the Parker Playhouse box office Tuesday through Saturday from 12 p.m. to 5 p.m. and at the Broward Center’s AutoNation Box Office.

The Parker Playhouse, located in Holiday Park at 707 N.E. Eighth Street in Fort Lauderdale, is an affiliated venue of the Broward Center for the Performing Arts, which provides programming and management of the facility.

Next post Coral Springs organization awards more than $75,000 in grants