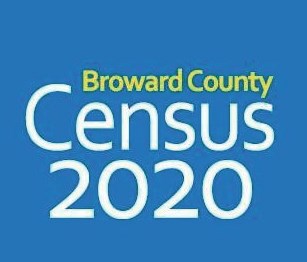 FORT LAUDERDALE, Fla. – With a spike in population over the past 10 years, Broward County is required to redraw all nine of its commission districts to ensure equal political representation among its citizens.

According to the 2020 U.S. Census Bureau, Broward added 400,000 residents from 20102020, and now county leaders must honor a 2018 charter change emphasizing its commitment to protect voter rights by preventing gerrymandering- manipulating electoral districts on racial or partisan lines to achieve biased results. The 400,000 increases in population brings Broward County to over 1.94 million inhabitants as of 2020, making it the second-most populous county in Florida and the 17th in America.

The county has 31 cities and is Florida’s seventh largest county encompassing 1.322.8 square miles, 427.8 square miles of which is land.

Broward County tapped a team of planning experts from Florida International University to redraw the commission districts to ensure fairness.

Maria IIcheva, Ph.D., assistant director of Planning and Operations for Florida International University, is leading the group to redraw the commission districts by reviewing the results of the census, garnering public input and proposing plans for the new districts to the Broward County Commission.

IIcheva told the South Florida Times the group is in the final stages of developing four new redistricting maps to make sure they are legally sufficient before being presented to commissioners for their approval. She said the county is required to adopt a new map by the end of this year. "They can only approve one map," she said. "They may say this one is the best but need some changes. If it’s legal and acceptable, then we make the changes."

Ilcheva said her group is incorporating some public feedback into the redrawn maps.

She said her team hosted several virtual public meetings with Broward County residents, including African Americans, Hispanics, Whites and Haitian Americans, to get some ideas on what they want their commission districts to look like.

"Some asked that their cities or areas not be spread out across multiple districts and others don’t mind having more than one commissioner representing them because it gives them more leverage and more voices on the dais," she said. "The redistricting gives residents an opportunity to vote for representation of their choices."

Ilcheva said Broward County selected FIU to do the project for $120,000.

Josie Sesodia, director of the Broward Environmental Planning and Development Management, said a mixture of factors attribute to Broward’s population growth in 10 years. She said one factor could be the arrival of domestic and international migrants.

"People move there from other states and other countries in the Caribbean and South American," she said.

According to the 2010 Census, the racial makeup of the county was 62 percent for White Americans, 30 percent African Americans, 17 percent Hispanics or Latino, 5 percent Asian, 2.2 percent from two more races, 0.66 percent Native American, 0.16 percent Pacific Islander and 0.20 percent from other races.

The South Florida Times reached out to residents who moved to Broward County from 2010-2021. Emily Perez, an insurance salesperson, said she moved to Plantation from Virginia in 2017 because of the weather in South Florida. Perez, 41, said she was born and lived in Baltimore, Maryland before relocating to Virginia. "I should be used to the cold weather but I like the hot weather almost year around so I can enjoy the beaches and outdoors," she said. "Only in Florida is where you can go to the beach in December and January."