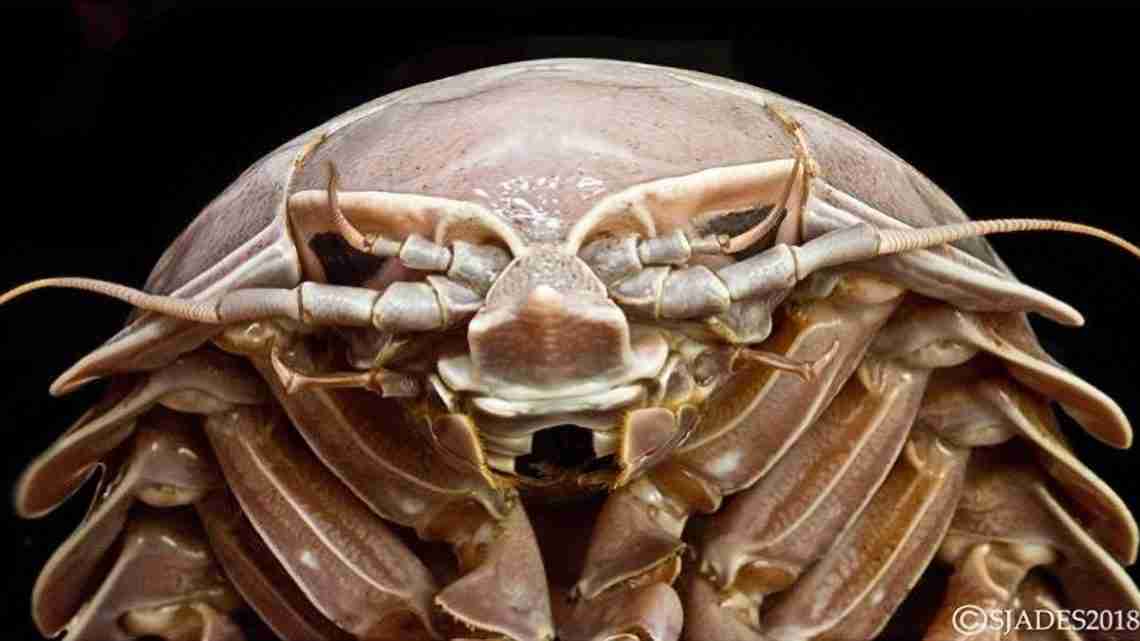 Darth Vader is the crustacean they were looking for.

Scientists from Singapore and Indonesia confirmed a species they found in Indonesian waters off the coast of western Java in 2018 had never previously been identified.

Initially dubbed “Darth Vader” after the “Star Wars” movie villain, such large isopods are often called “sea cockroaches” because of their resemblance to those land-based pests.

The frightening-looking, pale-skinned isopod was discovered at a depth of between 2,952 to 3,937 feet. Jeanice Aw, an environmental scientist and media liaison officer at the Lee Kong Chian Natural History Museum, said the newly discovered isopod “exhibits what is known as deep-sea gigantism. It is the first of its genus to be found in Indonesian waters, and is the 20th species in the genus.”

Isopods are distantly related to crabs and shrimp and are considered crustaceans. Giant isopods (from the genus Bathynomus) have previously been found in the deep waters of the Pacific, Atlantic and Indian oceans. The recently discovered creature measured 19.6 inches, compared with 12.9 inches for most giant isopods.

Peter Ng, 60, is a crustacean specialist who heads the National University of Singapore’s Lee Kong Chian Natural History Museum and led the expedition. In 2018, a team of 31 researchers headed by Ng and his Indonesian counterpart, Dwi Listyo Rahaya, conducted a 14-day expedition into deep seas off the southern coast of Java. They scooped up over 12,000 specimens from 63 different survey sites.

The expedition collected samples using trawling, dredging and underwater coring devices. It also included scientists from the NUS Tropical Marine Science Institute and the Research Centre for Oceanography of the Indonesian Institute of Sciences.

Because of the depths in which giant and supergiant isopods live, relatively little is known about them.

“It’s a poorly explored area; some parts have never been sampled before,” said Ng. “Most of the planet is ocean and people forget that most of this is deep sea.”

Conni Sidabalok, 43, published a paper about the new species on July 8 titled “Description of the supergiant isopod Bathynomus raksasa sp. nov. (Crustacea, Isopoda, Cirolanidae) from southern Java, the first record of the genus from Indonesia.”

The expedition “has revealed the main target of every biodiversity research, namely the high diversity of organisms which are unique, specifically attached and potentially endemic to the ecosystem (in this case the deep-sea),” the paper said. “The expedition also resulted in the discovery of plenty of new species.”