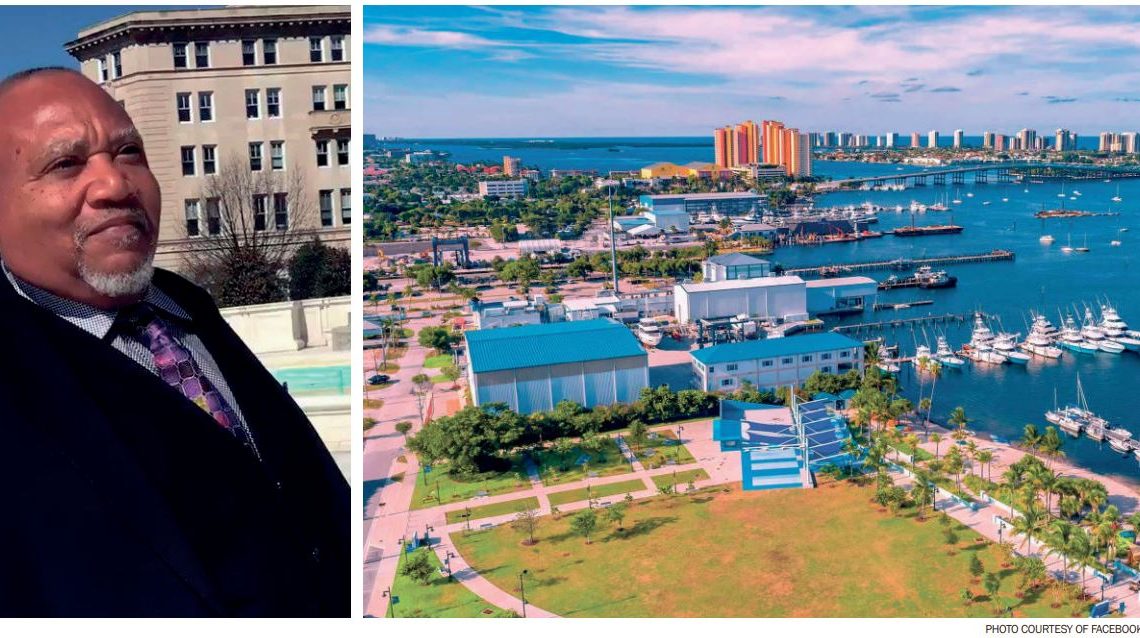 Riviera Beach, Fla. – The family of former Riviera Beach City Attorney Andrew DeGraffenreidt has been at his side at a Miami hospital ever since the legendary attorney suffered a horrible accident nearly two weeks ago. He apparently endured extensive burns following an outdoor accident at his Palm Beach County home. Although he reportedly was transported to the hospital in very serious condition, this week his younger sister, Carol DeGraffenreidt, Assistant Attorney General for Palm Beach County, says he is stable and the family is grateful for all the outpouring of love and well wishes. They ask for your continued prayer.

Meanwhile well-wishers are sharing their sentiments and wishing the longtime attorney a speedy recovery. Dan Calloway, a longtime close friend and colleague, was in DeGraffenreidt’s wedding when he married his wife Mary, said his friend is the most giving person he knows. Calloway himself is a community icon with a sports complex named after him in Riviera Beach, the city both men have worked tirelessly to make better. Calloway says the very day of the accident, DeGraffenreidt was planning to help a needy family, something he did often, but quietly. “He is by far one of the best people God put on this earth,” Calloway stated.

“I would often tease him that he was going to be a minister.” He says DeGraffenreidt is not only a personal friend but is also valuable to the community. “We’ve got to stay together, pray together and get him well. We can’t afford to have him off our team.”

The wife of U.S. Congressman Alcee Hastings, whose ties to the DeGraffenreidt family expands decades, was said to be devastated with the news and clearly wishes him well. Hastings has been suffering from pancreatic cancer, which is stable at this time, but true to his character, is always concerned about others. When DeGraffenreidt’s father died in 2009, Hastings issued what was tantamount to a eulogy in Congress.

Florida State Sen. Bobby Powell was also saddened by the news of the terrible accident suffered by the attorney and issued a heartfelt statement. “My thoughts and prayers are with our beloved friend and leader Andrew DeGraffenreidt and his family at this time. He has been a staple in this community for many years and someone who would give me honest advice. My heart is very heavy and I pray for the best.”

Former Riviera Beach Mayor Thomas Masters who was in ofﬁce with DeGraffenreidt, said he continues to pray for his health and a speedy recovery.

Leading up to that, the city had been divided over the abrupt ﬁring of City Manager Jonathan Evans. DeGraffenreidt took some heat during that debacle.

But his family is no stranger to politics nor success. His father, who bears the same name, made history when he became the ﬁrst African American to sit on the Fort Lauderdale City Commission in 1973. DeGraffenreidt’s siblings are also highly accomplished in law and education throughout the state.