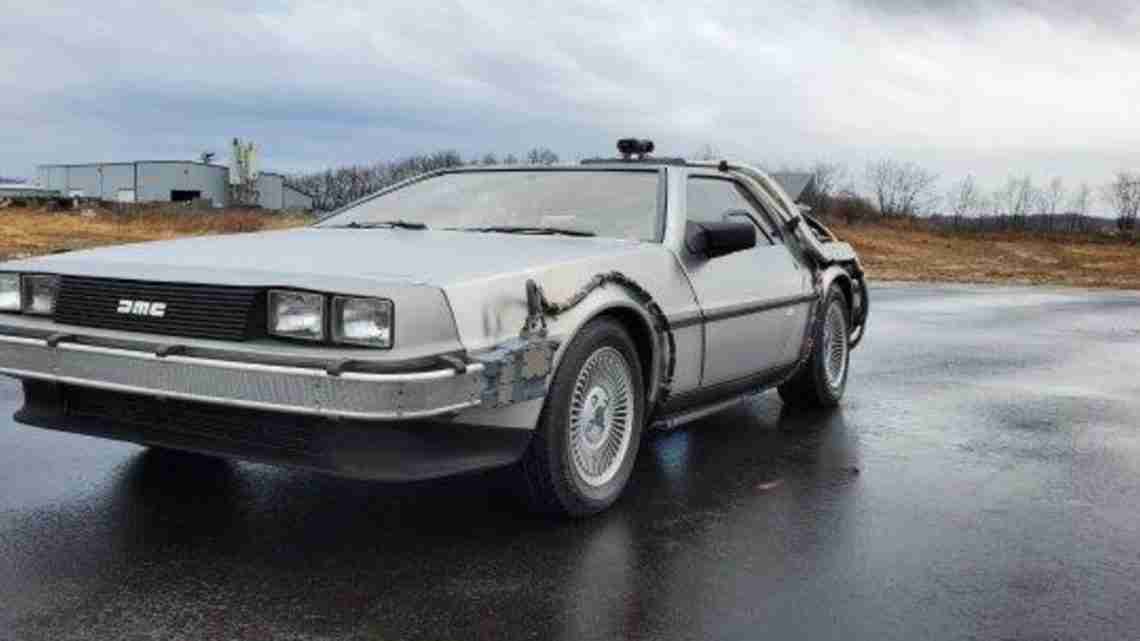 A shot at driving like a superhero could come courtesy of the U.S. Marshals Service, which is auctioning off a replica of the Batmobile.

The sleek black 1995 Chevrolet customized to look like the car in the 1989 movie “Batman” is one of three replica movie vehicles confiscated by the service from a convicted fraudster. A 1981 DeLorean designed as the “Back to the Future” time machine and a 1959 Cadillac customized as the Ectomobile from the original “Ghostbusters” will also be on offer Aug. 1.

The three cars were seized by the U.S. Marshals Service last year from Ryan P. Sheridan, who was sentenced to 7 and a half years in prison for his involvement in a $48 million health care fraud scheme. Sheridan owned a group of drug and alcohol rehabilitation facilities, Braking Point Recovery Center in Youngstown, Ohio, that received $31 million from Medicare for services prosecutors said were not provided, not medically necessary, lacked proper documentation or were otherwise ineligible for reimbursement. The U.S. Department of Justice seizes and sells criminally obtained assets including vehicles and real estate to return money to victims of federal crime.

“These three flashy cars are an example of the ill-gotten gains obtained with tens of millions of dollars that Ryan Sheridan stole from Medicaid, and therefore American taxpayers,” said U.S. Marshal Pete Elliot of Ohio.

Only 120 people will be allowed into Skipco Auto Auction in Canal Fulton, Ohio, to maintain social distancing and are required by the service to wear masks. Online bidders must register online with Skipco, the contracted auction company, by July 31 to receive an access code to place maximum bids on the cars and will be able to increase bidding during the live auction.

When a film car is unique enough to attract its own fans, a replica is akin to a wax figure of a celebrity. Car replicas are sought after by car and movie aficionados alike. Since the 1960s, film cars have been restored by studios to be used as props in pop-culture events and sci-fi conventions. For fans hoping to drive their favorite film car home, auctions bring a feeling of possibility and excitement.

The first car on the auction block is a replica of the time machine in the 1985 sci-fi film “Back to the Future.” In the film, Michael J. Fox plays a California teenager who travels back to the 1950s using a modified DeLorean, the brainchild of his quirky scientist friend played by Christopher Lloyd. The replica car’s details make it nearly identical to its movie duplicate inside and out.

Only three of the seven cars built for the movie have survived post filming. One used on set sold for $541,000 at an auction in 2011, and part of the proceeds were donated to the Michael J. Fox Foundation for Parkinson’s Research. The star announced he suffered from the degenerative nerve disease, characterized by shaking and tremors, in 1998.

Second will be the Cadillac designed to look like the Ectomobile from “Ghostbusters,” which starred Bill Murray, Dan Aykroyd and Harold Ramis as a group of experts on paranormal activity. The trio start a ghost-catching business in New York City and save the city from pervasive spirits in the 1984 supernatural comedy. The Ghostbusters drive a 1959 Cadillac equipped with ghost-busting gadgets and a pull-out ladder around the city. The original car was sold for $80,000 at an auction in Arizona in 2010.

The last car up for sale is a replica of the Batmobile, used by the the iconic comic book and movie hero Batman. Used for both transportation and tactical assault, the car first appeared in the comic book in 1939 and on the silver screen in the 1966 “Batman” film starring Adam West.

The sleek black version in the 1989 Tim Burton film of the same name boasts a number of unusual features in the film, including ejection seats, reversible jet exhausts and a missile rack. Though the replica at auction may not be able to perform the same feats, its exterior is a mirror of the one star Michael Keaton drives in the film and comes equipped with a Batmobile logo on the steering wheel.