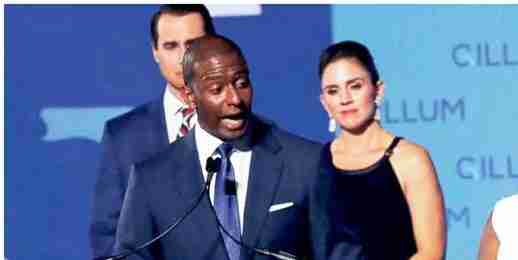 NEW YORK — For much of the country, the 2018 midterm season is over. But unresolved races for governor in Georgia and Florida are raising major strategic questions for Democrats as they turn their attention to the upcoming battle for the White House.

As in other states, Democrats in Florida and Georgia drew record turnout in last week’s election. The coalition of suburban women, young people and minorities delivered the House to Democrats for the first time in nearly a decade.

But it wasn’t enough to score decisive victories in the closely watched races for governor in Georgia and Florida, where fresh-faced African-American Democratic candidates for governor trailed their older, white Republican competitors. In Georgia, Stacey Abrams hasn’t conceded her race while Andrew Gillum’s contest in Florida is undergoing a recount.

For some Democrats, the lesson emerging from the 2018 midterms is that massive turnout can win suburban House races across New Jersey, Pennsylvania and California. But the coalition that produced some success elsewhere may not be enough in Florida, the nation’s premier presidential battleground state, and Georgia, a state Democrats view with increasing optimism.

“It’s not a viable long-term plan to constantly rely on record turnout,” said Democratic strategist Steve Schale, who led former President Barack Obama’s efforts in Florida. “We have a national issue we have to deal with.”

While Gillum and Abrams have much in common, they ran on different messages.

Gillum, the 39-year-old mayor of Florida’s capital city, ran as an unapologetic member of the Trump resistance. He openly called for President Donald Trump’s impeachment. And he accused his Republican opponent, former Rep. Ron DeSantis, of blatant racism.

Abrams, the 44-year-old former minority leader in Georgia’s House of Representative, highlighted her bipartisan credentials throughout her bid for governor. While she and Gillum embraced liberal policy priorities, such as “Medicare for All,” she promoted her work with Republicans in the state legislature, even highlighting a handshake with GOP Gov. Nathan Deal in a campaign ad.

Still, both were viewed as rising stars within the evolving Democratic Party, a new generation of Democratic leadership that could expand the party’s appeal among all voters.

Racial divisions appear to have limited their appeal, however.

Both Gillum and Abrams won African-Americans and young voters by overwhelming margins. But they struggled with older, white voters, particularly noncollege-educated white voters, who make up the core of Trump’s political base.

Gillum won 92 percent of black voters, according to VoteCast, a wide-ranging survey of the electorate conducted by The Associated Press. He also won 60 percent of voters 18 to 29 years old, and 54 percent of women.

It was worse for Abrams, who was poised to become the nation’s first African-American female governor.

She won 94 percent of Georgia’s black vote, but just 25 percent of white voters. She carried 56 percent of women, but just 40 percent of men. A dismal 19 percent of noncollege-educated white men supported her, according to VoteCast.

The results “absolutely” demonstrated black candidates like Gillum and Abrams have a harder time winning in the Trump era, NAACP President Derrick Johnson told the AP.

“What the president has done is played to the lowest common denominator and created a culture of intolerance and racial hatred,” Johnson said. “You build up negative energy based on fear to a point where there are segments of the population who are reacting to fear and not pure policy considerations.”

“This was a big election in which the president used immigration to send a kind of racist message about the need to stand up whites against the invasion,” Greenberg said of Trump’s final-days focus on a caravan of Latin American immigrants heading to the U.S. border to seek asylum.

Trump and his allies took “every opportunity,” he continued, “to attack black politicians and athletes and others. It’s not subtle in terms of what they’ve done.”

It was much the same in Georgia, a smaller state, where Abrams actually exceeded Clinton’s 2016 vote total, earning a midterm Democratic record 1.9 million votes.

But so far, at least, the Republican candidates in both states earned more votes.

The dynamic does not bode well for Democrats’ fight to deny Trump a second term, even as America grows more diverse.

Schale said Democrats in Florida and Georgia — and others — must do a better job managing their losses among voters in Republican-leaning regions, which are increasingly turning away from his party. It’s unclear, however, how exactly to do that.

“In a lot of places right now, it’s very foreign to vote for a Democrat,” he said. “We’ve got to find a way to broaden the appeal.”