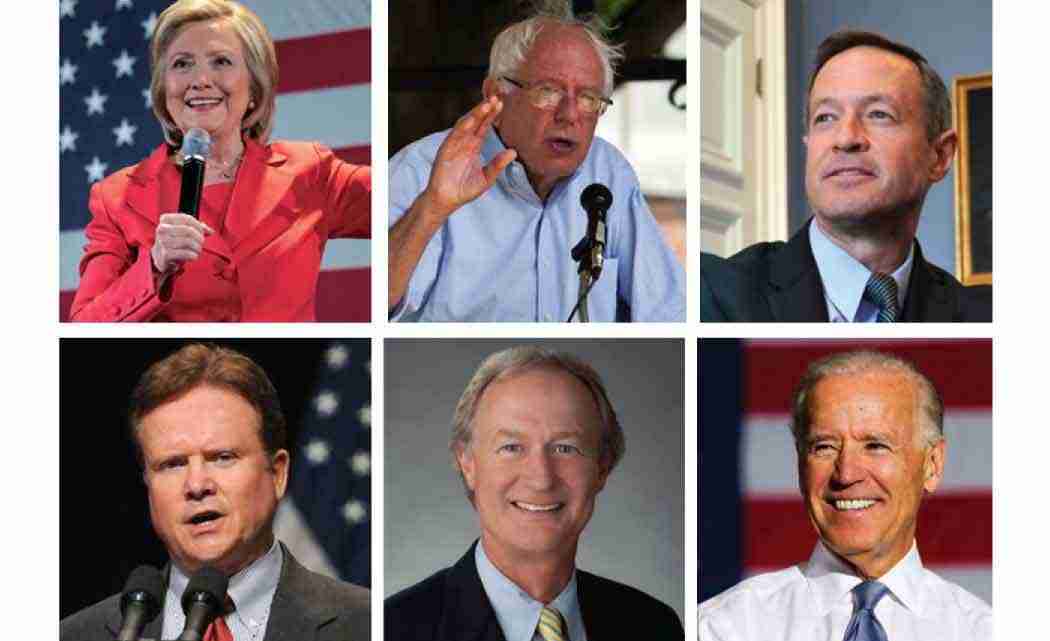 WASHINGTON — The Democratic National Committee unveiled plans to hold six presidential debates starting this fall, with the first scheduled for Oct. 13 in Nevada.

Vice President Joe Biden’s staff has been kept informed about the scheduling but has not committed to attending, according to Democrats involved with the process who spoke on condition of anonymity because they were not authorized to publicly discuss private conversations. Recent conversations between Biden associates and Democratic donors and operatives have led to speculation that Biden will challenge Clinton, though he has not announced a decision to his staff or said publicly whether he plans to run.

Four debates are scheduled in early primary states before the Iowa caucuses on Feb. 1, a decision that has prompted complaints from the candidates challenging Clinton for the nomination. Dates for the final two gatherings, planned for Wisconsin and Miami, have not been set, but the committee said they will be held in February or March. Other forums will be held in Charleston, South Carolina; Des Moines, Iowa; and Manchester, New Hampshire.

The debates, said DNC chairwoman Rep. Debbie Wasserman Schultz, will “give caucusgoers and primary voters ample opportunity to hear from our candidates about their vision for our country’s future.”

Both Vermont Sen. Bernie Sanders and former Maryland Gov. Martin O’Malley are pushing for more official forums to challenge front-runner Hillary Rodham Clinton. For O’Malley and Sanders, both of whom lag behind Clinton in fundraising and organization, debates offer an opportunity to get national attention.

“It would be very foolish for the DNC and bad for our party, bad for our prospects, for us to be the party that limits debates, circles the wagons and tries to prevent a discussion of the issues,”said O’Malley. “In the ideal world, we’d have more debates before the Iowa caucus.”

Unlike Republicans, who face criticism after allowing only 10 candidates onstage for Thursday’s prime-time debate, the Democratic forums will be far less crowded affairs.

Clinton’s team said she is looking forward to participating in the debates this fall.

“She prides herself in doing very well in debates,” said her chief strategist Joel Benenson. “It’s a good opportunity to get attention on issues that are front and center in the lives of Americans.”

Clinton certainly has practice on a debate stage: In 2008, she participated in 19 face-offs with then Illinois Senator Barack Owbama. By this point in the primary calendar, there had already been four debates – in part a result of candidates announcing their campaigns earlier in the year.