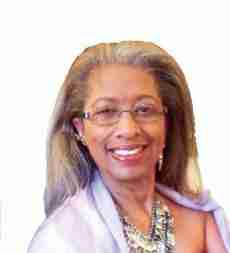 The party is notorious for punishing those of us who get out of line. Historically, you must follow the Democratic Party playbook or else.

A Detroit lawmaker from the 13th Congressional District organization just recently felt the sting of party justice. According to The Detroit News, April 24, 2020, “Detroit Democrats plan to vote to censure and bar any future endorsements of Democratic lawmaker.”

What was State Rep. Karen Whitsett’s crime you ask? Well, Whitsett met with President Donald Trump and Vice President Mike Pence and “credited Trump with advocating for the drug Hydroxychloroquine” which she said saved her life and cured her of COVID19.

A Democratic leader said Whitsett “broke protocol” by even meeting with Trump. Another said she could be “undermining the party’s ability to win Michigan." The Detroit News wrote that “the admonition means she will not get the group’s endorsement for this year nor will she be able to engage in the group’s activities for the next two election cycles”.

They (endorsed candidates and elected ofﬁcials) do not belong to themselves. They belong to the members and precinct delegates of the Democratic Party.”

Although Whitsett has made several negative comments about Michigan Democratic leadership, including Michigan’s Gov. Gretchen Whitmer, even calling one House leader a racist, she has vowed to remain a Democrat and ﬁght for her constituents and her First Amendment right. She has also been “delivering food and cleaning products to those in need throughout the pandemic."

Finally, the censuring resolution states that the Detroit Democratic lawmaker “misrepresented the needs and priorities of Democratic leadership to president Trump and the general public, but she’s also participated in events with the Republican Women’s Federation of Michigan in order to express her gratitude to the president."

The resolution stated her punishable crime was that she “repeatedly and publicly praised the president’s delayed and misguided COVID-19 response efforts in contradiction with the scientiﬁcally based and action-oriented response from Michigan’s Democratic leadership endangering the health, safety and welfare of her constituents, the city of Detroit and the state of Michigan." WOW!

But Whitsett isn’t the only black Democratic lawmaker denounced by the Democratic machine.

C. Douglas Golden writes in his Western Journal commentary on April 24, 2020 that Georgia Democratic State Rep. Vernon Jones faced severe backlash from his party after he announced his support for Donald Trump.

The backlash was so severe and disheartening that Vernon Jones announced he would resign from his ofﬁce. But the next day he rescinded his resignation, tweeting that the outpouring of support that he received “was too great to ignore.”

Jones further tweeted, “I will not allow the Democrats to bully me into submission. I will not let them win. I will not resign. #MAGA.” In a video (also according to The Western Journal, Jones said “Little did I know that I would receive such barrage of attacks and name-calling by the far left of the Democratic Party.”

But he also “received support from people from every walk of life, every age, every color, every party, which was emotional and motivational”. He further tweeted “There’s nothing the Left despises more than a free-thinking black man…The modern-day Democratic Party has become more about defending the interests of illegals than it has the actual American people. I take issue with that.”

Georgia Democratic Party Chairwoman Nikema Williams then chastised him saying, “Vernon Jones is an embarrassment to the Democratic Party and does not stand for our values… Never has that been clearer than this moment, when he chose to stand with the racist president who has made an all-out assault on black Americans, who has tried to rip away American health care, and who has failed our country in its greatest time of need during the most important election in our lifetimes”.

Detroit State Rep. Karen Whitsett and Georgia State Rep. Vernon Jones have decided not to #WALKAWAY but vowed to stay on the Democratic plantation and ﬁght the foolishness from within.

They have been called traitors to their race, but they are exposing the real racists and the race-baiters. Hopefully, their willingness to stay in the House and ﬁght the good ﬁght will ﬁnally open more of the black community’s eyes to the hypocrisy of the Democratic Party. For that, they deserve our prayers and support. God bless and keep them both

Next post A National Black Coronavirus Task Force is imperative