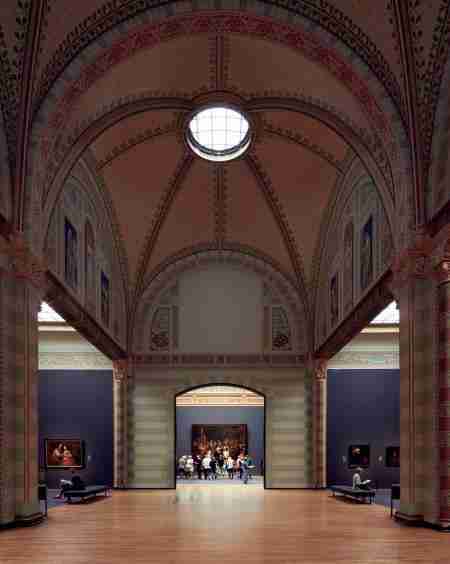 Amsterdam (AP) – To tell the troubling story of the Netherlands’ deep historical links to the slave trade, the country’s national museum is making it personal. The Rijksmuseum will open a major exhibition on the subject in February, bringing slavery to life by pulling into sharp focus the lives of 10 people, from a man enslaved in Ghana and transported to work in Brazil, to a wealthy Amsterdam socialite whose portrait was painted by Rembrandt van Rijn.

Work on the exhibition started in 2017, long before the Black Lives Matter movement swept the world this year and acted as a catalyst for debate on racial inequality following the death of Black man George Floyd at the hands of police in Minneapolis on May 25.

“Black Lives Matters shows the urgency that this subject is addressed,” the museum’s general director, Taco Dibbits, said Thursday in an online presentation unveiling details of the exhibition.

“Slavery was an essential component of the colonial period in the Netherlands, and many generations have suffered unimaginable injustice as a result,” Dibbits added. “The past has long been insufﬁciently examined in the national history of the Netherlands, including at the Rijksmuseum.”

The stories of 10 lives spread across 10 rooms of the museum span some 250 years of Dutch colonial history and four continents Europe, Asia, South America and Africa. Exhibits range from the grim: a set of rusty iron shackles and a wooden frame that was used to hold slaves captive by their ankles, to the gaudy: a portrait of a Dutch East India Company trader, his family and in the shadows behind them _ two of their slaves.

The exhibition scheduled to open Feb. 12 comes in a year when the Amsterdam municipality will be considering making a formal apology for its role in the slave trade. Many of the grandest houses that line the Dutch capital’s historic canals were funded by proﬁts generated at least in part by the use of slaves in plantations from Brazil to the Dutch East Indies, the country now known as Indonesia.

The municipality already is staging an exhibition focusing on the city and its relationship to the slave trade at City Hall.

With the likelihood of visitor numbers still being restricted early next year, the Rijksmuseum will also make its exhibition available in an online form to help it reach as wide an audience as possible. In the museum itself, about 70 objects that are not part of the exhibition will also be given a second label highlighting their links to slavery.

“We hope that through those individual stories, you see the universal relevance of this history, because this is history that we have not left behind yet,” said Valika Smeulders, the museum’s head of history. “The discussions that come out of this history are relevant until today.”