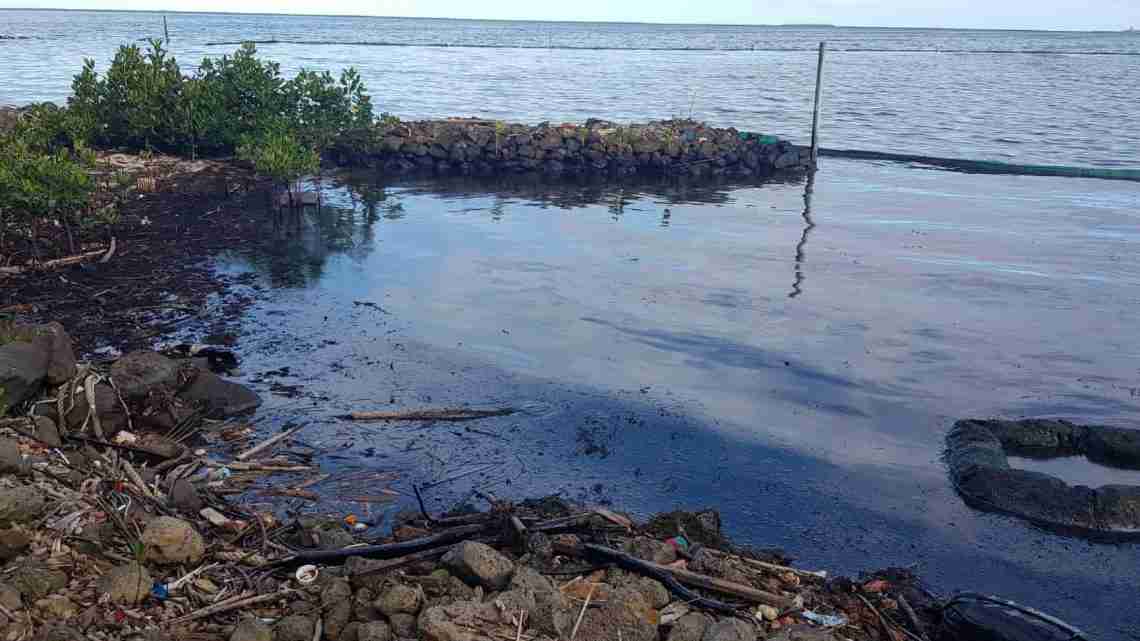 A delayed governmental response to a Japanese oil tanker running aground late last month off the island of Mauritius has helped created a spill that’s becoming “an ecological catastrophe of massive proportions,” a Greenpeace representative tells Zenger News.

Sunil Dowarkasing, a native of the east African island nation, says the unresponsiveness of the oil tanker’s owner also contributed to the disaster, which took a major turn for the worse on Aug. 6, when leakage from the vessel, the MV Wakashio, became visible in the lagoon where it had run aground.

“The government took too much time to respond to this incident,” says Dowarkasing. “As soon as the ship wrecked, the government should have begun taking precautions [against a spill] and we would never have been in such a situation.”

He also blasted the vessel’s owner, Nagashiki Shipping. “That Japanese company had only one thing in mind, to save their ship, but our government has to save its lagoon. But they didn’t think about that. They were just relying on what the Japanese were saying.”

While the government and the vessel’s owner mainly stayed on the sidelines in the immediate aftermath of the grounding, Dowarkasing says locals did try to minimize damage to the lagoon and nearby shore by installing protective booms that would sop up at least some of the leaked oil.

The government defends its actions related to the spill. In a statement released on Aug. 13, officials said they are “taking all the necessary measures to prevent another oil spill from the bulk carrier, MV Wakashio, and 3,184 tons of fuel oil have already been pumped [from it].”

It added that according to Prime Minister Pravind Jugnauth, there is no trace of fuel oil on such surrounding islands as Ilot Mangenie and Ile aux Cerfs. Some environmental groups disagree with that assessment.

The head of the government also said “an investigation into MV Wakashio is already underway to determine the cause of the grounding. The investigation will soon be concluded and followed by the necessary actions.”

Greenpeace’s Dowarkasing, meanwhile, said there is some good news: Thanks mainly to the efforts of locals, 445 metric ton of oil had been collected from the lagoon itself as of the day before, plus 90 metric tons of sludge.

“But there is still between 300 to 500 metric tons around, either floating or deposited on the shoreline,” he says. “The biggest problem now is that this oil is spreading. When that happens, it becomes thinner and will sink … This is where it becomes more dangerous to our marine ecosystems.”

He said that in addition to impacting the life cycles of a variety of marine life, the spill will likely affect the coral within the lagoon, as well as mangroves on the nearby shore.

Seconding Dowarkasing’s alarm over potential harm from the spill is Vikash Tatayah, conservation director at the Mauritius Wildlife Foundation, who says he and his colleagues are in a race against time to protect critically endangered species from the mishap.

Tatayah said that the MWF had spent “nearly 40 years working on these islands and restoring these islands and [the spill] is heartbreaking to the hundreds of people that have worked, most of the time volunteered, months and years of their lives to restore these species and these ecosystems.”

Among the steps MWF has taken so far to help protect species potentially impacted by the spill is to rescue some members of such endangered species as olive white eyes birds and fodies birds, and moved some endangered plants away from the beach.

Beyond that, Dowarkasing is also concerned that a man-made action – the government’s possible use of detergents to break up the spill — will turn into “another catastrophe.” “When using such detergents, you’re not removing the oil, you’re simply breaking it into smaller pieces, which will sink on the land and in the ocean.” It could not be immediately determined if the government planned to take such a step.

Mauritius, with a population of just under 1.3 million, has become a popular spot for eco-tourism in recent decades, thanks to such unique wildlife as Telfair skinks and day geckos. Tatayah and others worry that the destination’s popularity with such visitors could take a hit from the spill.

For all the potential damage the Mauritius spill might do locally, at a total of about 4,000 tons of fuel on board the MV Wakashio, it’s still relatively small when compared to such disasters as the explosion of the Deepwater Horizon oil platform in 2010, which released an estimated 420,000 tons of fuel into the Gulf of Mexico, and the 37,000 tons of oil that were spilled into Prince William Sound off Alaska by the wreck of Exxon-Valdez tanker in 1989.